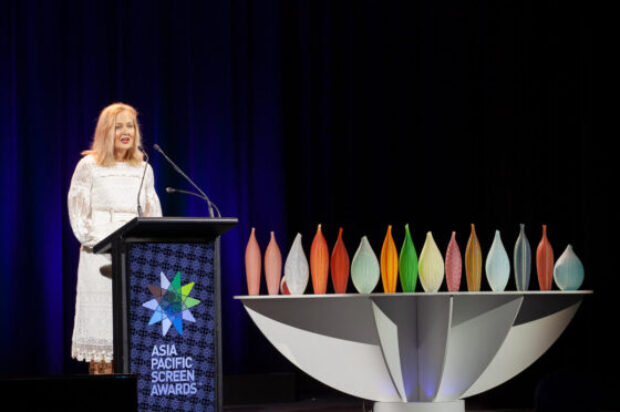 The moving presentation of two major awards, held at Home of The Arts (HOTA) on the Gold Coast, was a celebration of cultural diversity through the region’s cinema as well as a powerful show of support for its future.

Hosted by Iranian born Australian presenter Leila McKinnon, the event saw the presentation of two major awards, and was attended by Jack Thompson AM PhD, President of the APSA Academy of the region’s filmmakers. 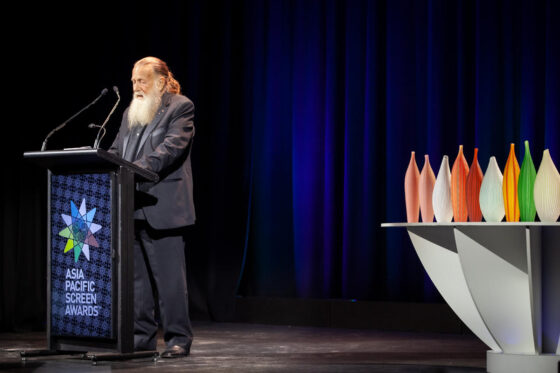 Chair of APSA, Tracey Vieira said, “In a year that has seen the world of cinema put on dramatic pause, it was thrilling to see the APSA 2020 Award Presentation and Forum reinvigorate filmmakers right across our region. The creative energy, diversity and dynamism of all involved demonstrated that the future of screen stories in our region will continue to shine brighter and brighter.“

The Young Cinema Award was won by Indian filmmaker Akshay Indikar for Chronicle of Space (Sthalpuran).

Presented by NETPAC (Network for the Promotion of Asian and Asia Pacific Cinema) and Griffith Film School (GFS), the award recognises the abundant emerging talent of the Asia Pacific.

Maxwell Johnson’s High Ground is a gripping frontier western set in remote Arnhem Land and starring Jacob Junior Nayinggul, Jack Thompson and Simon Baker. Thompson was there to accept the award on the night on behalf of the director. The film, which world premiered at the Berlinale, screened in September for the Indigenous communities Gunbalanya and Yirrkala where it was shot and will release in Australia in 2021.

The Young Cinema Jury was greatly impressed by the assured direction of Stephen Maxwell Johnson, for a stunning film that gives voice to the issue of brutal colonisation and the question of ‘whose law is it?’ High Ground is a much-needed reminder of what a true cinematic experience can be. 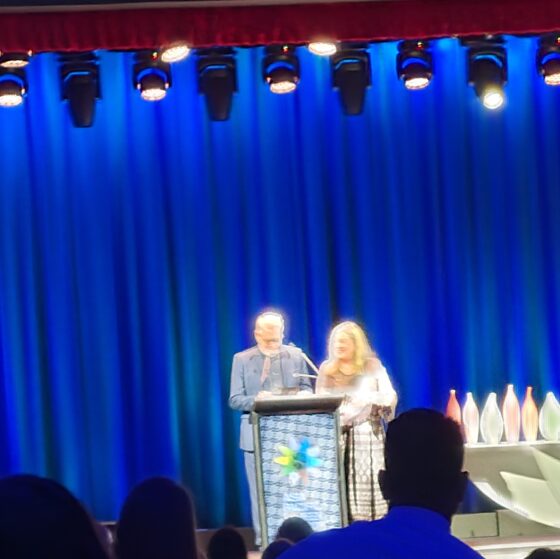 Thai creative producer Soros Sukhum took out the 2020 FIAPF Award for Outstanding Achievement in Film in the Asia Pacific region.

This unique award celebrates a film practitioner from the region whose career and actions contribute strongly to the development of the film industry in their own country as well as nurturing international collaborations and relationships. The winner is determined by FIAPF–International Federation of Film Producers Associations, an APSA founding partner.

Soros Sukhum is pioneer of the Thai independent film movement, launching the careers of a generation of artistic and experimental filmmakers, including Aditya Assarat, Sivaroj Kongsakul, Anocha Suwichakornpong, and Nawapol Thamrongrattanarit.

The APSA Presentation Ceremony marks the end of the 2020 APSA Forum, a weeklong series of panel and roundtable events delivered both in person and digitally, with high profile participants from 18 countries.

CEO of Screen Queensland Kylie Munnich said, “Screen Queensland has been proud to support APSA in 2020, keeping the local industry strong and strengthening ties with our neighbours across this vast region. With strict travel restrictions in place throughout the year, it was especially valuable for filmmakers to connect with each other throughout the APSA Forum and for the work of this year’s winners to be honoured in front of industry peers and change makers.”

In a year in which ongoing support for the industry is more crucial than ever, the MPA APSA Academy Film Fund announced four new recipients for the eleventh straight year. Each project will receive US $25 000 for the key early stage of script development. In 2020, projects from Philippines, Vietnam and Japan are amongst the winners for the first time.

Producer Bianca Balbuena (Philippines) has received a grant for her project Việt and Nam (Vietnam), a collaboration with Vietnamese writer-director, Minh Quy Truong.

Guillaume de Seille (France) has received the grant for A Kid on the Block (Japan), the magical realism feature debut of documentary filmmaker Kyoko Miyake.

For the first time a filmmaker is winning the grant for the second time. Annemarie Jacir from Palestine, whose 2017 film Wajib won 36 international awards, has received the grant for her project All Before You.

The event was presented by the Asia Pacific Screen Academy, with the support of Screen Queensland, in partnership with Home of The Arts (HOTA), FIAPF, NETPAC, Griffith Film School and the Motion Picture Association.