‘Avengers: Endgame’, directed by Joe & Anthony Russo and written by Christopher Markus & Stephen McFeely is the 4th Avengers film and the conclusion of a 22 movie arc in the Marvel Cinematic Universe referred to as ‘the Infinity Saga’ which has spanned over 11 years. 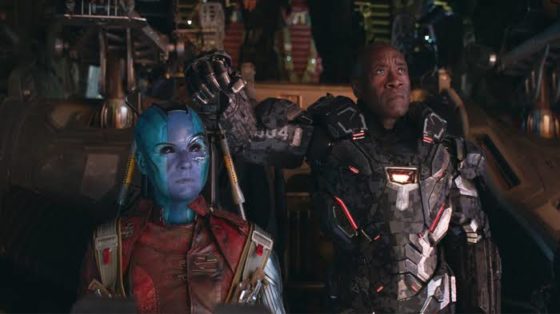 Endgame was directed by Joe & Anthony Russo. The Russo brothers have directed many other films in the ‘Marvel Cinematic Universe’ including ‘Captain America: The Winter Soldier’, ‘Captain America: Civil War’ and ‘Avengers: infinity War’ as well as episodes of the connected series ‘Agent Carter’. They have also directed episodes of various other popular series including ‘Arrested Development’ and ‘Community’.

This film is filled with seasoned actors with experience in and out of the cinematic universe. This includes the talent listed above who have been seen in everything from ‘The Perks of Being a Wallflower’ and ‘Weird Science’ to ‘Doctor Who’. This film also sees the return of iconic antagonists such as Josh Brolin’s Thanos and Tom Huddleston as Loki. This film also brings back many characters who have not been seen in years. These actors take the characters and the world they have built since the first ‘Iron Man’ film in 2008 and show us how the stories have shaped the characters during that time as well as giving us a glimpse of what we can expect from them going forward.

‘Avengers: Endgame’ is both the film all Marvel fans have been waiting for for over 10 years and yet somehow it is unpredictable at many turns. If you are a fan of the characters and have been passionately watching the series of films that have lead to Endgame then this is the movie for you as there are so many call backs to previous films as well as the comics they are based on. I highly recommend you get tickets to this cinematic event as soon as you can as it (and the world created in the films leading up to it) is truly like nothing seen before.