Award Winning Show Wentworth IS Back On Showcase

Australian drama in TV foxtel showcase prison stories showcase Wentworth is Back by Caroline Russo | on March 1, 2017 | 0 comments | in TV | Like it 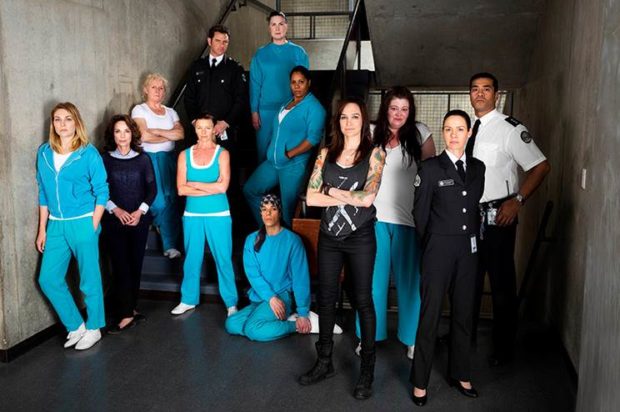 After leaving viewers in shock at the end of last season, the story resumes in the days following Bea Smith’s tragic death at the hands of Joan Ferguson.

Emotional, psychological and professional shockwaves pound the inmates and staff of Wentworth Correctional Centre. Governor Vera Bennett is under fire from Corrective Services and, with Will on suspension, she is relying more on her deputy Jake, not realising he is now Ferguson’s puppet.

New top dog Kaz has a challenge to restore order amongst the traumatised inmates, though Sonia remains aloof focusing on her upcoming trial. Liz has to decide if she follows her heart or her head. Doreen struggles with being separated from her son and Boomer supports Maxine as she continues her battle with breast cancer.

On the outside, it falls to Franky to break the devastating news about Bea to Allie.

Shot on location in Melbourne, Wentworth is a FremantleMedia Australia production for Foxtel. The drama premiered in May 2013 to critical acclaim and enthusiastic audiences.

Five seasons on, Wentworth is Foxtel’s longest running Australia drama, with a passionate fan base here and in 140 territories around the world.

Following the weekly season five premieres, Wentworth will be available to watch on demand, via Foxtel Anytime on internet connected iQ boxes. Customers can also stream the series live on showcase or through Anytime on Foxtel Play or Foxtel Go. The first four seasons of Wentworth are available to stream now. Foxtel Go is included with all Foxtel residential and Foxtel Play subscriptions at no extra cost.