‘BACK OF THE NET’ FILM REVIEW 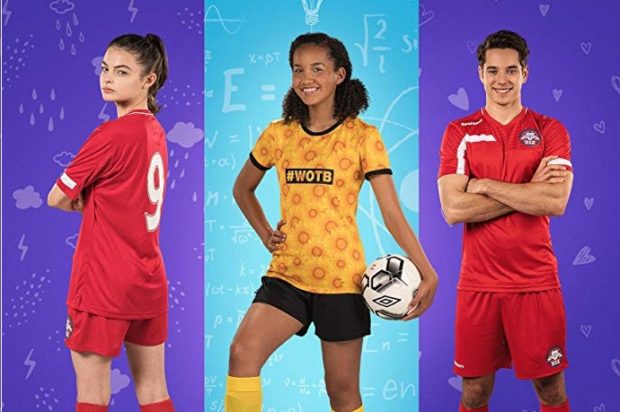 ‘Back of the Net’, directed by Louise Alston is an incredible coming of age family film like none before.

‘Back of the Net’ is about an American school student from Los Angeles named Cory Bailey (played by Sofia Wylie) who is sent to Australia to attend a science academy for the summer. Due to a mix up she instead ends up joining the local soccer academy instead. There she befriends many of the other kids attending whilst also clashing with a girl name Edie (played by Tiarnie Coupland).

The film was directed by Louise Alston who directed two films prior to this (‘All My Friends Are Leaving Brisbane’ in 2007 and ‘Jucy’ in 2011 the latter of which traveled to the Toronto International film festival) as well as directing four episodes of the hit series ‘Neighbours’ between 2013 and 2016. Alton is set to direct episodes of the upcoming series ‘SLUT: Sex Loving Union Traveler’.

This film contains some well known names in Australian and international productions (especially those in the children’s/family genre). This includes Sofia Wylie, who is most well known for playing Buffy Driscoll on the Disney Channel series ‘Andi Mack’, her 3 episode run as June on Nickelodeons ‘Nicky, Ricky, Dicky & Dawn’ as well as bringing to life the relatively new comic book character ‘Iron Heart / Riri Williams’ on the television film ‘Marvel Rising: Heart of Iron’. ‘Back of the Net’ also stars Tiarnie Coupland, who previously starred in hit Australian series like Neighbours and Love Child (for which she was nominated for a Logie for ‘Best New Talent’) as well as in the film ‘Kiss of the Damned’ which also starred Milo Ventimiglia. Both actresses showed how truly talented they are by brilliantly playing rivals but also successfully presenting both of their characters as multifaceted (a quality that other movies of this genre more often than not fail to pull off). This resulted in me being invested in and caring about both characters as people in a way few coming of age films have done before.

I highly recommend ‘Back of the Net’ to families, specifically those with young children. This movie is the perfect mix of the coming of age films of the past with new plot points and character complexity that is otherwise missing from children’s film and tv. While ‘Back of the Net’ is reminiscent of other coming of age summer camp or sport films from its story set up onward, it manages to avoid repeating already overused story conflicts from many of those late 90’s/early 00’s films and instead takes the plot in a new direction. One child in the audience of the screening I attended stated that she felt it would be the quintessential Australian coming of age story and after having watched it I could not agree more. 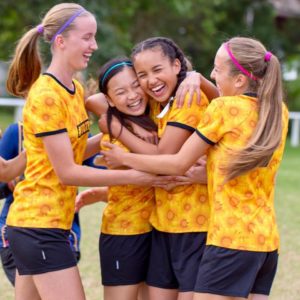