BAFTA on Monday said that its next EE British Academy Film Awards will now be held on April 11, 2021, keeping in line with the Oscars which earlier in the day shifted its 2021 date to April 25 in response to the coronavirus pandemic.

The BAFTAs are traditionally two weeks before the Oscars, making today’s move expected after the Motion Picture Academy’s shift to its latest Oscar date in the award’s history.

The move will certainly be the first of many as the guilds and precursor film-awards groups shuffle their dates to line up the season, which has been shut down by COVID-19. Expect everyone from the Golden Globes to the Critics’ Choice Awards to chime in in short order. 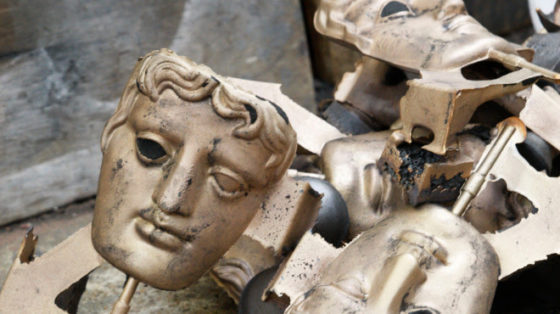 BAFTA film award trophy are seen after being removed from the moulds at a foundry in West Drayton, west London, . BAFTA film awards ceremony is to be held on Sunday in London
BRITAIN BAFTA FILM AWARDS, LONDON, Gbr Xen

The 2021 BAFTAs had been announced originally for February 14, with organizers saying today the move acknowledges the impact of the global pandemic and accommodates an extended eligibility period; the Oscars pushed their eligibility dates through February to account for the glut of films that will hit theaters once movie theaters are finally open for business.

BAFTA said further details about its eligibility period will be announced at a later date.

The organization said the date for the 2022 Film Awards (now February 13, 2022) is also under consideration.