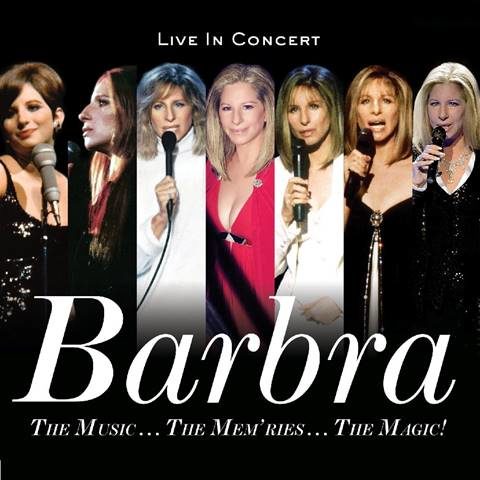 SONGS INCLUDE CAREER-SPANNING HITS FROM STREISAND’S #1 ALBUMS, Including songs from FUNNY GIRL, FUNNY LADY, YENTL, A STAR IS BORN, RARITIES, NEW MATERIAL, A SOARING DUET WITH JAMIE FOXX and a NETFLIX TV SPECIAL PREMIERING ON 22/11

Columbia Records and Sony Music Entertainment Australia have announced the upcoming release of Barbra Streisand’s THE MUSIC…THE MEM’RIES…THE MAGIC! album to be released on December 8th. Fans can pre-order the new album NOW. On November 22, Netflix will premiere BARBRA: THE MUSIC…THE MEM’RIES…THE MAGIC! The special was filmed on the last stop of the iconic superstar’s 13-city 2016 tour, showcasing a career-crowning array of legendary songs also featured on the eagerly anticipated album.

The 13 city tour received rave reviews and played to record-breaking sold-out audiences. The Netflix concert TV special, BARBRA: THE MUSIC…THE MEM’RIES…THE MAGIC! was directed by Jim Gable and Barbra Streisand and written by Barbra with Jay Landers and Richard Jay-Alexander. The special begins streaming on Netflix at 12:01 AM on November 22.