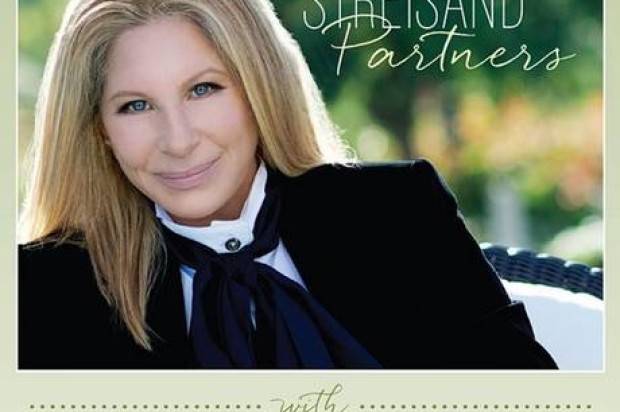 Sony Music Entertainment Australia is proud to announce the new Barbra Streisand album PARTNERS has today debuted at #1 on the official ARIA Albums Chart. This is Ms. Streisand’s highest album debut in ARIA history, and her first Australian #1 album since GUILTY in 1980.

PARTNERS has also entered the US Billboard 200 chart at number one, making her the only recording artist in history to have a number one release in six consecutive decades.

Ms. Streisand is the best-selling female recording artist in history. She is the only woman to make the All-Time Top 10 Best Selling Artists list, an honour which includes fellow duet partners Elvis Presley and Billy Joel. She also now has the longest span of number one albums in history and first landed at the top of the US charts in October 1964 with PEOPLE.

PARTNERS DELUXE EDITION is comprised of 17 songs, many of which are regarded as Streisand classics. Among the songs included are ‘New York State Of Mind,’ with Billy Joel, ‘It Had To Be You,’ with Michael Bublé, ‘Come Rain Or Come Shine,’ with John Mayer, ‘Love Me Tender,’ with Elvis Presley, ‘The Way We Were,’ with Lionel Richie, ‘What Kind Of Fool,’ with John Legend, ‘People,’ with Stevie Wonder, ‘I Can Still See Your Face,’ with Andrea Bocelli, ‘Evergreen,’ with Babyface, and Ms. Streisand’s first studio-recorded duet with her son Jason Gould, on ‘How Deep Is The Ocean.’