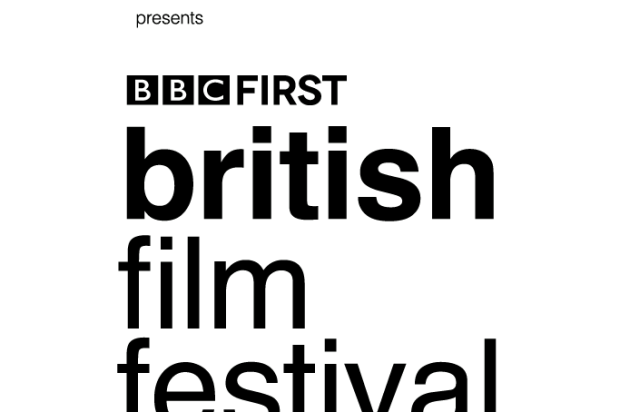 FESTIVAL TO CLOSE WITH INSPIRATIONAL BIOGRAPHY
THE MAN WHO KNEW INFINITY

Returning for its third year, the BBC First British Film Festival is thrilled to announce its full line-up of films, showcasing the best and brightest in films from the British Isles. Featuring 31 titles, the program captures the magic, unique humour, romance, traditions and new age vitality of British culture.

The festival will open with Paolo Sorrentino’s highly anticipated film, Youth, nominated for the Palme d’Or at this year’s Cannes film festival, and the follow up to his Academy Award-winning film, The Great Beauty (2013). Following two old friends, retired composer Fred (Michael Caine) and film director Mick (Harvey Keitel), on vacation at a prestigious hotel in the Swiss Alps, the film is an introspective and thought-provoking, wry buddy comedy – and it employs Sorrentino’s hallmark stunning visuals to majestic effect.

Straight from its premiere at the Toronto International Film Festival, The Man Who Knew Infinity – the retelling of mathematical genius Srinivasa Ramanujan’s life – will close the festival. Featuring career-best performances from Dev Petal (Slumdog Millionaire) as Ramanujan, and Academy Award-winner Jeremy Irons as Cambridge University Professor G.H Hardy, the film charts the Indian mathematician’s vital contributions to his field – in the face of the ignorance and prejudice that surrounds him.

Films set to get the pulse racing include Spooks: The Greater Good, where the BBC spy thriller series Spooks finally receives the big screen treatment. Starring Kit Harrington (Game of Thrones), Spooks: The Greater Good is an assured return to the stylistic photography and fast-paced action/adventure which made the series famous; Kill Your Friends, in which a young record label rep (Nicholas Hoult) does whatever it takes to get ahead in his cutthroat industry; and masterful British director Stephen Frears (The Queen, Philomena) delivers the biopic The Program, about the controversy surrounding cyclist Lance Armstrong. Starring Chris O’Dowd as Irish sports journalist David Walsh, the film is a complex exploration of a scandal and the ultimate downfall of Armstrong.

This year also sees a number of films with a strong focus on inspirational and courageous women. From director Sarah Gavron (London Road) comes this year’s BFI London Film Festival opening night selection, Suffragette, an intense drama tracking the fight for women’s voting rights, starring a powerful ensemble cast including Carey Mulligan, Helena Bonham Carter and Meryl Streep; Queen of the Desert, from legendary director Werner Herzog, telling the thrilling adventures of traveller, writer, archaeologist and political attaché for the British Secret Service, Gertrude Bell (Nicole Kidman); and Dare to be Wild, the true story of Irish heroine Mary Reynolds (Emma Greenwell), who was a prodigy in the field of landscape design and shared the uncompromising beauty and power of wild nature with the world.

Other powerful highlights include: 45 Years, from break-out British sensation Andrew Haigh (Weekend). A powerful study of relationships, the film stars Charlotte Rampling and Tom Courtenay as a married couple thrown into turmoil after receiving life-changing news related to an incident that occurred fifty years ago; Brooklyn, based on the novel by beloved British story-teller Nick Hornby (An Education), a sweeping romance starring Saoirse Ronan (The Lovely Bones) as a young Irish immigrant trying to make her way in 1950s New York; and the winner of the coveted World Cinema Documentary Audience Award at Sundance Film Festival, Dark Horse: The Incredible True Story of Dream Alliance, an inspirational true story capturing the rise and fall of Welsh racing glory.

Films set to deliver laughs include: Absolutely Anything, a comedy reunion for the decade featuring all living Monty Python members in their first feature since The Meaning of Life. The film also stars funny man Simon Pegg and in his final performance, the voice of Robin Williams. From the smash-hit comedy team behind the family-friendly sensation, Horrible Histories, Bill is an absurd interpretation of Shakespeare’s mysterious lost years, in which a cast of six play each and every role. The Legend of Barney Thomson, the debut feature from esteemed Scottish actor Robert Carlyle is a jet black comedy with an all star cast, including Emma Thompson as she’s never been seen before.

Two feature documentaries this year reflect on game changing film and television: Elstree 1976 is a documentary about ten very different lives connected by their shared on screen experience as extras in Star Wars; and Filmed in Supermarionation, a fascinating look at Gerry and Sylvia Anderson, the pioneers behind the style of live-action puppetry made famous by British TV hit, Thunderbirds. The film includes rare archival footage as well as brand new interviews from the surviving cast and crew.

Films that cater for the whole family include: Get Santa, starring Jim Broadbent, a heart-warming family adventure about a father and son’s bond and the true magic that Christmas can bring; and Shooting for Socrates, a joyous underdog soccer story about following your dreams, set against the backdrop of the 1986 World Cup in troubled Belfast, Ireland.

The festival will also present screenings of How to Make Love Like an Englishman, a crowd-pleasing comedy-drama with an all-star cast including Irish gentleman Pierce Brosnan, Salma Hayek and Jessica Alba; The Lost Aviator, a documentary leaving no stone unturned as Australian director Andrew Lancaster asks the hard questions and uncovers long buried traumas in the life and times of his great uncle, famed British Captain Bill Lancaster; and Kajaki: Kilo Two Bravo, based on a harrowing incident that took place in the midst of the Afghanistan conflict, and providing a thrilling portrait of camaraderie and sacrifice in contemporary British army life.

This year’s retrospective, Love Actually: A Century of British Romance, captures the romanticism of British cinema with 10 gems reflecting each decade of the Twentieth Century. Titles from the retrospective include: The Go-Between (1971), A Matter of Life and Death (1946), Two for the Road(1967), Ryan’s Daughter (1970), The Prime of Miss Jean Brodie (1969), Sunday Bloody Sunday (1971), My Beautiful Laundrette (1985), Four Weddings and a Funeral (1994), and A Town Like Alice (1956). The Festival is also proud to present the newly remastered Women in Love (1969), direct from its premiere screenings at the London Film Festival. Featuring Glenda Jackson’s Academy Award-winning portrayal of a free-spirited artist, the film remains an explicitly powerful 1920s period piece unlike any other.