beautiful carol king music legends musicals at qpac by Caroline Russo | on May 10, 2018 | 0 comments | in Theatre | Like it 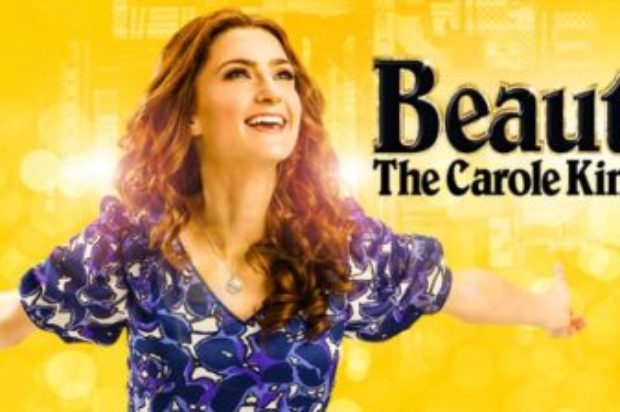 The joyous Broadway hit charts the true story of the legendary singer’s journey from teenage songwriter to international superstar, including her troubled relationship with husband and song-writing partner Gerry Goffin and their close friendship and playful rivalry with fellow song-writing duo Barry Mann and Cynthia Weil.

The feel-good song list is jam-packed with timeless hits, including You’ve Got a Friend, Will You Love Me Tomorrow, It’s Too Late, Locomotion, (You Make Me Feel Like) A Natural Woman and I Feel the Earth Move, along with chartbusting Mann/Weil tunes such as You’ve Lost That Lovin’ Feeling, On Broadway and We Gotta Get Out Of This Place.

Long before she was Carole King the chart-topping music legend, she was an ordinary girl with extraordinary talent. She sold her first hit, Will You Love Me Tomorrow, at just 17. By the time she was 20 she was writing number ones for the biggest acts in rock ‘n’ roll, including The Drifters, The Shirelles, Aretha Franklin and The Monkees. But it wasn’t until her personal life began to fall apart that she finally managed to find her own voice and step into the spotlight – with music that would become the soundtrack of a generation.

Group bookings for Beautiful: The Carole King Musical are now open ahead of its Brisbane season at the Lyric Theatre, QPAC in July 2018.

Beautiful: The Carole King Musical is a true story that will make you laugh, cry and cheer for more!

It is the inspiring story of Carole King’s remarkable rise from songwriter to superstar featuring incredible songs that you know and love including “(You Make Me Feel Like) A Natural Woman”, “You’ve Got a Friend”, “Will You Love Me Tomorrow”, “I Feel The Earth Move” and many more!

Critics have hailed the musical as “a joyous celebratory show” (Daily Telegraph) that is “all kinds of wonderful” (Channel Seven).