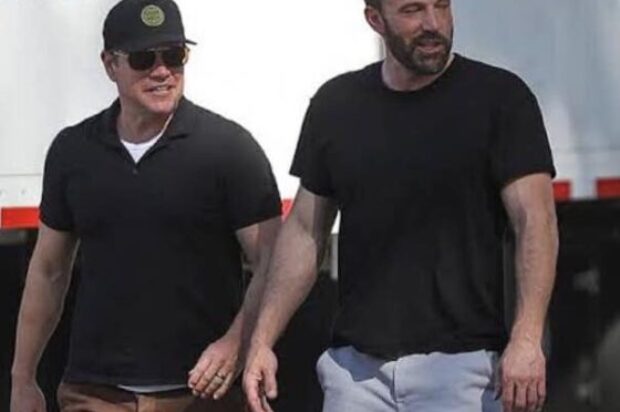 It is breakng news that has Ben Affleck and Matt Damon back together and to have launched their own independent production company Artists Equity. This will be an artist-led studio that hopes to empower filmmakers’ creative visions through entrepreneurial partnerships, it was announced Sunday in LA.

The production company’s first project will feature Affleck in front of and behind the camera as director and cast member while Damon stars in a the real-life story behind the creation of the iconic Air Jordan brand. The project is slated for release in 2023 in partnership with Amazon Studios, Skydance Sports and Mandalay Pictures and is one of three projects the company anticipates in 2023.

Artists Equity, which is also led by Gerry Cardinale’s investment firm, RedBird Capital Partners, serves as an intellectual property monetization platform that seeks to enable all participants in the production to share in profits as well as partner with established and emerging filmmakers seeking a talent-friendly environment. The company will also take a data-driven approach to distribution to optimize distribution strategy for productions.

“Artists Equity was conceived from Matt’s and my longtime passion for the art of storytelling and our shared desire to help creators deliver on their vision, as we have been fortunate to do throughout our careers,” Affleck said in a statement. “The entertainment industry is defined by great partnerships – writers, directors, producers, crew, actors – and throughout my career I have learned that collaboration is what drives success.”

“Our goal with Artists Equity is to build a creator- focused studio that can optimize the production process with shared participation in the commercial success of projects,” Affleck continued. “We are thrilled to partner with Gerry Cardinale and the RedBird team, who have a long track record of building notable scaled platform businesses around unique IP. Matt and I are looking forward to working together to empower the current and future creative minds in the entertainment industry.”

Affleck will serve as chief executive officer alongside Damon, who assumes the role of chief creative officer. Michael Joe, the former chief operating officer of STX Films and former Executive Vice President at Universal Pictures, serving as COO. The company will be headquartered in Los Angeles.