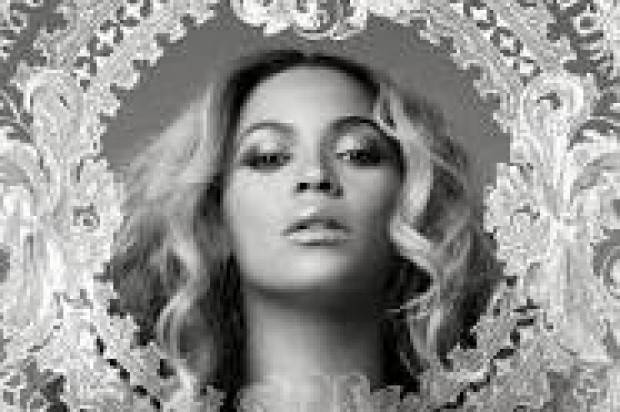 The fifth solo studio album from Beyoncé is now available worldwide, exclusively on the iTunes Store (www.iTunes.com/beyonce). The self-titled set is the artist’s first visual album. BEYONCÉ is infused with 14 new songs and 17 visually stunning, provocative videos shot around the world from Houston to New York City to Paris, and Sydney to Rio de Janeiro, all before the album’s release.
“I see music,” says Beyoncé about her decision to create a visual album. “It’s more than just what I hear. When I’m connected to something, I immediately see a visual or a series of images that are tied to a feeling or an emotion, a memory from my childhood, thoughts about life, my dreams or my fantasies. And they’re all connected to the music.”

That the album is available on the day the world is learning about its release is an unprecedented strategic move by the artist to deliver music and visual content directly to her fans when she wants to and how she wants to, with no filter. This unique approach allows music fans to be the first to listen, view, engage and form their own opinions void of any middleman. In the age of social media and an insatiable appetite for direct communication, this is the answer to the question asked over and over again, when is Beyoncé’s next album coming?
“ I didn’t want to release my music the way I’ve done it,” she states. “I am bored with that. I feel like I am able to speak directly to my fans. There’s so much that gets between the music, the artist and the fans. I felt like I didn’t want anybody to give the message when my record is coming out. I just want this to come out when it’s ready and from me to my fans.”

Stripped of gimmicks, teasers and marketing campaigns, this project is truly about art before hype.

Starting now, BEYONCÉ is available globally and exclusively on the iTunes Store (www.itunes.com/beyonce).
For an artist who has been the target of leaks, this is a fully designed preventative plan. The album will be offered as a cohesive body of work with every song and every video available all at once for one single purchase.
While not a concept album, the record is designed to be consumed as a comprehensive audio/visual piece from top to bottom. The antithesis of making singles, the visual album is a non-linear journey through the thoughts and visions of Beyoncé.
Manufacturing of physical albums begins today and the double disc CD/DVD will be available at retail in time for the holidays.
Facebook exclusively premieres Part One of “Self-Titled,” a mini doc feature that gives a glimpse into the entire project. It details her mind-set and artistic vision throughout the making of BEYONCÉ. By embracing an ever-evolving digital landscape, she creates an innovative, fully immersive, multiplatform experience for the first visual album of her career, completely changing the way her fans will consume music.
Not one to stand on past achievements, this is an artist who thrives on evolving, challenging herself and raising the bar. This creative process gave Beyoncé power over her music and provided an opportunity to control how the music is heard. She is not playing by the rules and breaking what is expected, preferring to put music out as an entire body of work.

Beyoncé, wearing multiple hats as writer, producer and director, put together a genius team of artists, songwriters, producers and video directors for her visual album that include JAY Z, Timbaland, Justin Timberlake, Pharrell Williams, Drake, The Dream, Sia, Ryan Tedder, Miguel, Frank Ocean, Hit Boy, Ammo, Boots, Detail, Jake Nava, Hype Williams, Terry Richardson, Melina Matsoukas, Jonas Åkerlund, Ricky Saiz, Pierre Debusschere, @lilinternet, Noah “40” Shebib, Francesco Carrozzini, Caroline Polachek, Ed Burke, Bill Kirstein and Todd Tourso.
She recorded all over the world for a year and a half but the initial recording started after the writers and producers gathered under one roof in The Hamptons, New York’s beach enclave, in the summer of 2012 to live together, work together and to immerse themselves into her world and into her head. The fans that have grown up with the performer, mature and seasoned enough to relate to the content and the shared experiences, inspire the music, with themes that explore love, loss, fear, anger, honesty, happiness, sexuality and confidence.
For the videos, some of which she co-directed, she preferred to work with a more care-free formula. Shot primarily during her successful “Mrs. Carter Show World Tour,” the videos were veiled in secrecy, even though they were filmed in open places, including a beach in Brazil, the streets of NYC, on the famed Cyclone Rollercoaster in Coney Island, New York, downtown Los Angeles, a chateau in Paris, a roller skating rink in Houston, Texas where she skated as a child, and a beautiful church in South America. She mixed up the creative, going for big and small and set out on shoots eager to capture the spontaneity and honesty in every moment. The videos are visually stimulating, charged with visionary cinematography and clever storytelling. They capture every side of who she is, complete with vulnerability and imperfections.

BEYONCÉ is an explosive sonic and visual communiqué to music fans from an artist who has earned the right to do things on her terms. “I just want to give my album to the people I love and respect and hope that they feel the same thing I felt when I made the music,” said Beyoncé.