BIGSOUND TURNS UP THE VOLUME

bigsound22 music events brisbane music fesitval by Caroline Russo | on August 21, 2022 | 0 comments | in Uncategorized | Like it 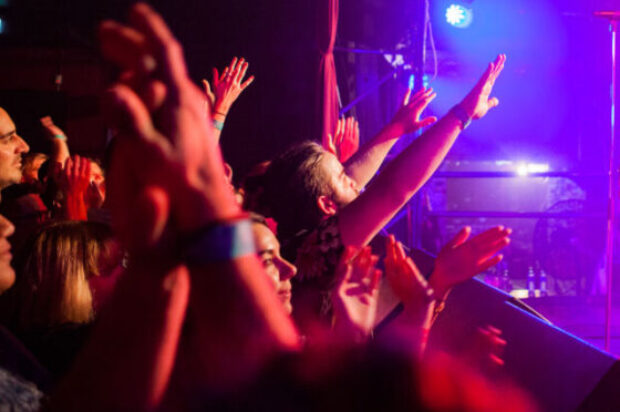 After announcing over 180 festival artists last month, BIGSOUND continues to turn up the volume, revealing another huge line up of game-changing speakers and industry events, set to descend on Brisbane’s Fortitude Valley next month.
We’ve handpicked some highlights of what’s on offer this year:

BIGSOUND CONFERENCE PROGRAM
What does it take to be in a room with Lauryn Hill, Kanye West, Eminem, The Weekend and Whitney Houston? CEO / Founder of WRKSHP and Grammy Award winning producer Che Pope is making his way to Brisbane to dish what it takes to “Get Sh*t Done”, as both and a label executive and producer of some of hip-hops most defining albums, including The Miseducation of Lauryn Hill and ground-breaking Bound 2 by Kanye West.
“I make records, that’s what I do,” says producer Che Pope. “I find different ways to fulfill whatever’s needed on a record — sometimes more as A&R, and sometimes more as a composer/producer — but the results are the same. I call it GSD: Get Sh*t Done.”

Australian-born, respected international music supervisor Tricia Holloway (Walt Disney Imagineering Global Music Executive) will drop in for a digital presentation and conversation, sharing the wealth of experience that led to her current position overseeing the Walt Disney Imagineering Music Studio across Disney parks, attractions, hotels, cruise ships and more.
Joining the list of keynote speakers, Yanyuwa/Wardaman Songwoman Shellie Morris, Uncle Joe Geia, Carissa Nyalu and JK-47 will unpack the process of navigating the industry through a First Nations’ lens and share their viewpoints of blazing their own trail within the music industry.
Want to know how to cross over from contemporary music to the blockbuster gaming and Web3 space? Artists and key figures including Montaigne, Tim Shiel, Woodes and more can tell you exactly that, while leading Music3 figures like Jillian Rothman (VP, New Business at Warner Music Group US) and Unified Music Group CEO Jaddan Comerford breakdown just what it means to enter The Metaverse and beyond.
As usual, BIGSOUND won’t shy away from the big issues of the day. Ali Harnell is heading to BIGSOUND to provide a rare glimpse into her job as Live Nation Women President & Chief Strategy Officer and the female-centric commercial initiatives she is spearheading, while Annabelle Herd (ARIA and PPCA CEO) will breakdown her last 18 months at ARIA and offer her ‘outsider’ take on the industry, after joining at a time when the industry was hungry for change. The team at Support Act will discuss Minimum Standards for a Mentally Healthy Music Industry, while Dr Guy Morrow and Maggie Collins (Association of Artist Managers) dig deep and look at the value of management partnerships.
Pivotal to the new BIGSOUND Country program, Nashville-based Milly Olykan (International Relations and Development of the Country Music Association) will reflect on the growth of country music will also curate a special edition of SongHubs In The Round. Presented by APRA AMCOS and led by award-winning country artist Fanny Lumsden and superstar songwriter Shy Carter (Faith Hill, Keith Urban, Ashanti, Meghan Trainor, Charlie Puth), the session brings six cross-genre songwriters together to connect, perform and share their creativity.
These guests join previously announced global ‘Me Too.’ movement founder Tarana Burke and internet- born sensation Rebecca Black, Mushroom Group CEO Matt Gudinski, artist and advocate Jaguar Jonze, and UK chart-topping producer EXAMPLE.
BIGSOUND MIXERS
Amongst the full days of soaking up insight after insight, you can let your hair down with BIGSOUND’s official industry event program. With hundreds of talented performers and the entire Australian music industry (plus our mates overseas), you’ll find hidden gems in every corner.
Come celebrate the return of an absolute institution – the Oztix BIGSOUND Party! Now in their 11th year of proudly presenting BIGSOUND, they’ve stacked the line-up with L-FRESH The Lion, VACATIONS, a secret special headliner and loads more.
Move between venues and enjoy hand-picked showcases at Industry Events from Spotify, Live Nation, Music NZ, Made in SA, Ivy League, CADA and UNIFIED x Lonely Lands. Industry Event performers include AKOSIA, Press Club, merci, mercy, Jesswar and KANADA THE LOOP – and yes, there are plenty more names to be found on the event website.
New BIGSOUND friends Brick Lane Brewing will get the good times started, presenting the official opening event, while this year’s Label Happy Hour events will include drinks, showcases and conversations thanks to The Operatives’ and Grand Trine Management, Mushroom Management, [PIAS] Australia and Inertia Music, and Sony Music Australia.
The JMC Academy Country Music Takeover offers a warm welcome to the festival’s new BIGSOUND Country arm, with The Brightside as host for the entire Wednesday night. As part of their continued support of BIGSOUND’s First Nations showcasing artists, Spotify’s Dreaming Loud Party will celebrate the continued rise of Blak electronic music.
Dew Process invite you to celebrate their 20th birthday, with Secret Sounds and The Music once again bringing the goods for BIGSOUND’s official closing party. And there’s still more to be announced!