Billionaire Looking For Up Grade Superyacht 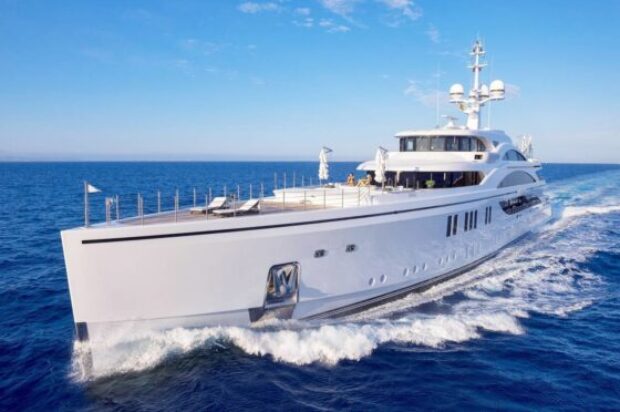 Real estate mogul Nick Candy is selling his superyacht – to buy a bigger one.

Entertainer and Australian actress Holly Valance wife of billionaire had bought her a £26 million ($53 million) yacht — even though she got seasick.

Aussie Holly, 32 — mum of two-year-old Luka — was “heavily involved” in redesigning “11.11” to make it childproof, 43-year-old Nick told Boat International magazine.
The ex-Neighbours and Strictly star also helped choose the decor including expensive artwork by Tracey Emin, 52.
“There were no bars and the sundeck was all wrong — everything was too small, the jacuzzi, the seating. Inside it was like a Russian tsar’s palace,” British property mogul Nick said of the yacht’s revamp.
“It’s not my family’s style. Functionality and comfort are the most important things. My wife told me, ‘I’m not sitting on another sofa that’s uncomfortable’.”

The 63-metre superyacht, which is docked in Croatia in the summer, is a World Superyacht Award winner. It features a helipad, limo tender, fours bars and two main bedroom suites. Candy told the Times that he had hired a “whole team of architects” to build a bigger yacht, adding that it had been in the works for nine months. The British developer is best known for the One Hyde Park apartment block in London’s Knightsbridge.