ben mendelsohn film buzz screen australia by Caroline Russo | on May 2, 2018 | 0 comments | in Film News | Like it 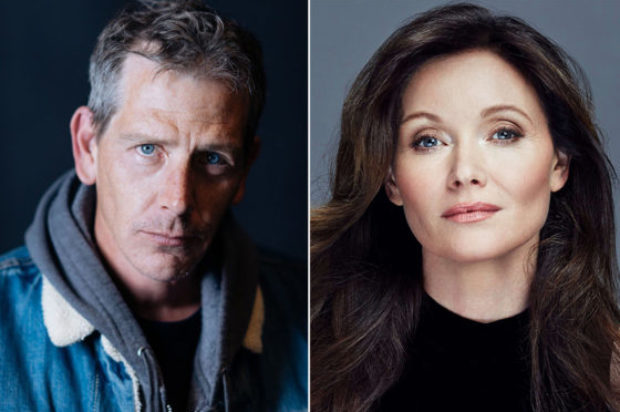 Shannon Murphy will make her feature film directorial debut, with a script based on the successful play by Rita Kalnejais. Babyteeth will be produced by Alex White and executive produced by Jan Chapman (Bright Star, The Piano). Create NSW are also investing in the title, with Australian distribution by Entertainment One (eOne) and international sales by Celluloid Dreams.

“I’m delighted to be working with such a strong and gifted female team in producer, Alex White and director Shannon Murphy interpreting Rita Kalnejais’ vivid, insightful and funny screenplay about how precious life is,” said executive producer Jan Chapman. “We so appreciate the support of Screen Australia, Create NSW, WeirAnderson.com and Spectrum Films along with our distributor Entertainment One for Australia and international sales agent Celluloid Dreams, whose imaginations Babyteeth captured and who were all essential in enabling Rita’s fresh and original voice to move to production. To have Ben and Essie illuminate that voice is perfect.”

Babyteeth is a bittersweet comedy – what might have been a disaster for the Finlay family leads to letting go and finding grace in the glorious chaos of life, as Henry (Mendelsohn) and Anna (Davis) realise their seriously ill teenage daughter Milla has fallen madly in love with a drug dealer, Moses. This romance is Milla’s protective parents’ worst nightmare – but Milla doesn’t want to play it safe anymore. Things get messy and morals go out the window, as the lives of those around the family – their disarmingly honest pregnant neighbour, a brilliantly flawed music teacher, a child violin prodigy and Moses’ family – become intertwined.

“I first saw Rita Kalnejais’ humorous and profoundly moving play Babyteeth at Sydney’s Belvoir Street Theatre in 2012 with executive producer Jan Chapman,” said producer Alex White. “Rita’s exquisitely delicate examination of the life of a teenage girl and the people who constellate her was a life-affirming experience. It felt like the perfect work to be translated to screen.”

Sally Caplan, Screen Australia’s Head of Production said: “The combination of distinguished experience, top cast and dynamic emerging talent bodes well for this distinctive, emotionally challenging, but darkly funny and affirming screenplay. This film will resonate with Australian and international audiences. We are excited to see Shannon Murphy make her feature film debut, having worked on some impressive and popular television dramas including Love Child and Offspring.”

Grainne Brunsdon, Acting Executive Director of Create NSW said: “Babyteeth made its stage debut at Sydney’s Belvoir in 2012, and we are delighted that Create NSW is involved in bringing the production to the screen with such a high calibre of talent involved. It is particularly pleasing to see a great female creative team onboard, including Academy Award nominee Jan Chapman and AFTRS graduate Shannon Murphy and that this film promotes emerging talent with Alex White following her impressive start with short filmmaking.”

Production Credit: Babyteeth is a Whitefalk Films production with major production investment from Screen Australia in association with Create NSW, and was financed with the support of WeirAnderson.com, Whitefalk Films, Jan Chapman Films and Spectrum Films. It was developed by Whitefalk Films in association with Katherine Slattery and Jan Chapman with the assistance of Screen Australia, Create NSW and Waking Dream Productions. Australia/New Zealand distribution through Entertainment One and international through Celluloid Dreams.

Entertainment One Ltd. (LSE:ETO) is a global independent studio that specialises in the development, acquisition, production, financing, distribution and sales of entertainment content. The Company’s diversified expertise spans across film, television and music production and sales, family programming, merchandising and licensing, and digital content. Through its global reach and expansive scale, powered by deep local market knowledge, the Company delivers the best content to the world.

The Company’s rights library is exploited across all media formats and includes more than 80,000 hours of film and television content and approximately 40,000 music tracks.

Celluloid Dreams has been at the forefront of international sales, production, and financing of quality independent films for more than 30 years. Its Directors Label stands for the discovery and subsequent promotion of a large number of the most important, awarded and respected film directors of our times, the ‘future classics’. Celluloid Dreams Cannes line-up includes Jafar Panahi’s 3 FACES competing for the Palme d’Or, SCHOOL’S OUT by Sébastien Marnier starring Elle’s Laurent Lafitte, WHY ARE WE CREATIVE? a documentary by Hermann Vaske who spent 30 years asking world famous celebrities ‘why are you creative?’.