BLACK COMEDY AT ITS RAWEST : THE DEAD DEVILS OF COCKLE CREEK 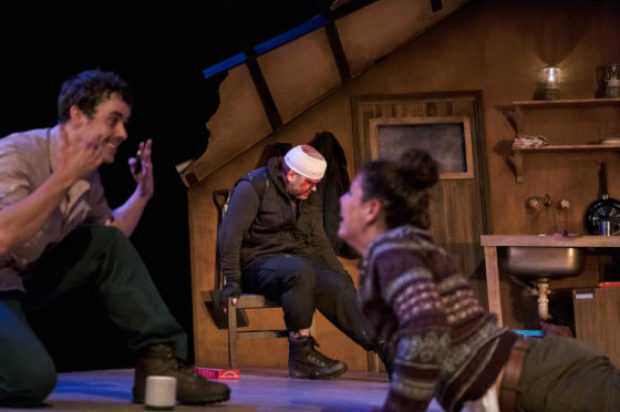 Tonight was the official opening of what has been another brilliantly written screenplay by Kathryn Marquet. Her last work was Pale Blue Dot,that featured in the 2014 main stage season at La Boite and was published by Playlab Press.

Ian Lawson direction of this very complex story that is played out by 4 characters in the play
MICKEY O’TOOLE, by JOHN BATCHELOR HARRIS ROBB, by JULIAN CURTIS DESTINEE LEE by KIMIE TSUKAKOSHI,GEORGE TEMPLETON, by EMILY WEIR are indeed performed well in all instances. The spotlight goes to John Batchelor who is a ruthless businessman and Irish man who just gives a performance that is outstanding.

This is a mix of topics that are real and are over the top and has the OMG moments that give you a variety of shock, horror and some very surprising laughs throughout the 100-minute nonstop ride in this very clever stage play which confronts some of the issues of today.

This is not going to attract everyone to come see this but I encourage that this is one play that is an investment of your time and to see some of best work of some of the finest talent in Brisbane theatre.
Thumbs Up 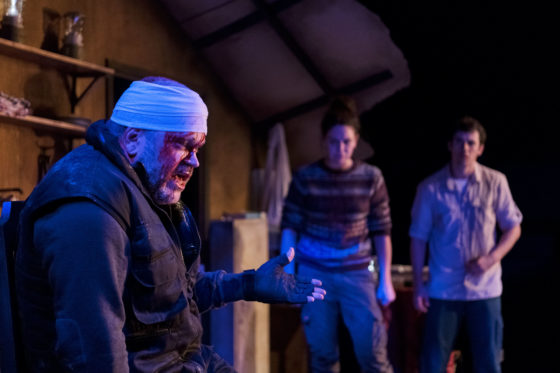