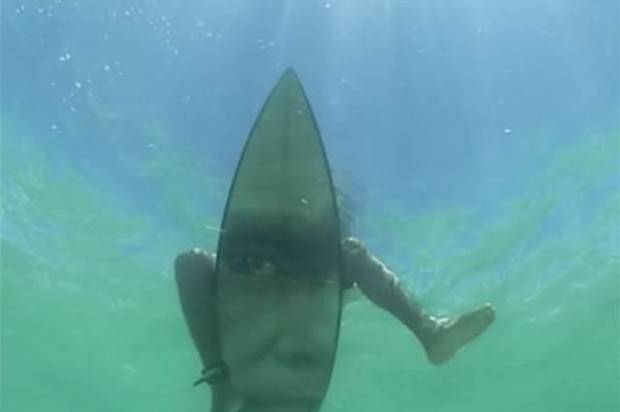 A new generation of Indigenous video artists is breaking away from painting, which has dominated Indigenous contemporary art for the last 30 years. The artists are now using the screen in a powerful new way to connect with contemporary Indigenous issues confronting urban communities in Australia today.

BLAKOUT is a new exhibition opening today at the University of Sydney’s SCA Galleries, featuring video art by five highly-acclaimed Indigenous artists: Vernon Ah Kee, Richard Bell, Megan Cope, Julie Gough, and R E A. On show are thirteen videos made over the last decade, which explore the diverse and complex experiences of engaging with white Australian history and culture as an Aboriginal.

Nicholas Tsoutas, BLAKOUT curator and Zelda Stedman Lecturer in Visual Arts at Sydney College of the Arts, said: “Their use of video is confronting, politically charged and socially engaged.

“Video has become an active, political channel for artists to not only challenge the post-colonial social narratives and histories of Australia, but confront the endemic racial and discriminatory attitudes that still exist in institutions and social structures.

“In their own unique way, these artists are activists who are rewriting their cultural histories, but do so unfettered and free from the constraints of society. The BLAKOUT artists speak out loudly, without fear, and knowing that what they say and show in their art is about the need for social change and transformation.”

The subjects and stories of the videos range from historical and modern day events of white settlement, white popular culture and the tragic stories of Indigenous individuals – to intimate tales and triumphs as well as new perspectives of Aboriginal people, who are just not seen as equals, but as leaders in society.

“By using video, which has the power of mass circulation and wider audience reach, the artists are able to develop a greater framework for dialogue between those that possess power and those who have been excluded from it,” said SCA’s Nicholas Tsoutas.

“BLAKOUT is about reclaiming identity, empowerment and self-determination for Aboriginal communities, both urban and traditional. It will emphasise different ideas and attitudes on the role and function of film as a way of critically and politically interrogating social power structures of Australian society,” he said.

Vernon Ah Kee’s film Cant Chant (2007), shown at the 2009 Venice Biennale, is inspired by the events of the 2005 Cronulla riots, where racial tensions between Middle Eastern Australians and white Australian beach-goers flared. The chant by white Australian rioters “we grew here, you flew here” – a means of claiming greater entitlement to the beach and surrounding precinct – is translated by Ah Kee as a means of exercising racism. Central to his video Cant Chant is a lone Aboriginal surfer who suddenly appears on his shield-surfboard, moving gracefully and skilfully through the water, as he takes command of the waves. He embodies the resilience of Aboriginal sovereignty, disrupting the iconic image of the beach that represents all that is Australian within white popular culture. Ah Kee’s work critiques Australian popular culture, particularly the dichotomy between Aboriginal and non-Aboriginal societies and cultures.