Bluesfest 2013 Festival Director is very proud of his roll call. 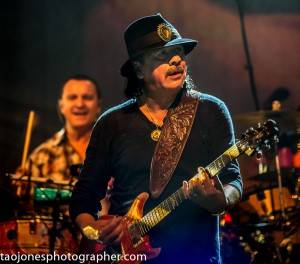 BLUESFEST 2103, the fourth annual event since the move to Tyagarah, has been an exceptional year.

Bluesfest reached capacity crowds this year, affording more than 17,000 music fans the daily opportunity to see more international, national and local performers in a variety of settings across five days. “It’s one hell of a line up and I am really proud,” Peter Noble says of his roll-call this year.

When asked about his favourite shows Noble is reluctant to respond, “There’s just so many”, he sighs to consider his words with the first name to roll off his tongue being Roger Hodgson. “Roger Hodgson’s performance was spiritual, both he and Santana’s shows are ‘transcendent’, and of course Ben Harper – his solo show keeps reminding me why he belongs on our bill” says Noble. 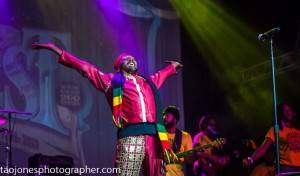 Australian artists Saskwatch, Kim Churchill, Genevieve Chadwick also scored a mention. From overseas The Luminners, Ben Howard and Grace Potter; “Did you see Grace Potter? – I’ve gotta tell you they don’t come much hotter than Potter. She’s definitely coming back. And of course Mavis Staples unexpectedly joined by Bonnie Raitt was a moment of music magic…It’s an embarrassment of riches – there’s so many others.” he reflects and continues “I believe energy attracts energy and the word spreads about how great this festival is. Many people in the industry have been declaring Bluesfest 2013 the best ever line up to hit Australia, and I dare say it is, but as important to me is that the word on the ground is Bluesfest 2013 is the best festival vibe ever. Punters want to come, and artists want to play – that word of mouth builds momentum and that momentum has built up over time and now we’ve gone to another level.” says Noble. 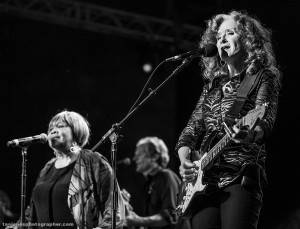 There was a visible sense of social responsibility at this year’s Bluesfest. From funds raised for Cystic Fibrosis to the work of Playing For Change; a band that has built eight music schools across the world’s underprivileged countries through to the exemplary work of the Music Makers Foundation; all this added up to a truly whole festival experience making it as one punter on the ground put it – “a consciously cool festival vibe”

As the festival prepares to celebrate its 25th birthday in 2014, a new companion event is born. 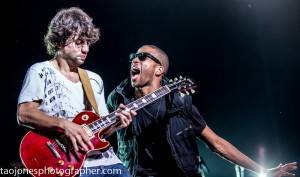 A companion event to be held on the Bluesfest site annually on the three-day Labour Day long weekend in October, Boomerang will mark a dream realised for Peter and Rhoda. A harmonious addition to the Bluesfest story, Boomerang is another important stage in the festival’s evolution since it secured its permanent home.

Expanding on its green credentials, the inclusion of The Lotus Palace; a new venue featuring a state-of-the-art solar powered sound system thanks to Southern Cross University sees Bluesfest leading the charge with ‘best practice’ sustainable outcomes. This intimate new venue played host to showcase performances from across the globe including a poignant performance by Irish oracle Damian Dempsey that saw the Palace full to the brim and heaving with emotion.

One thing is for sure, the future is indeed in safe musical hands.