THE GRAMMY RESULTS ARE IN & IT’S ONE FOR THE HISTORY BOOKS
BLUESFEST 2016 ARTISTS DOMINATE WITH NINE WINS!!!

Today, the 27th Annual Bluesfest held over Easter (Thu 24 March–Mon 28 March 2016) at its own event site just outside of Byron Bay, reports the winners of the coveted 58th Annual Grammy Awards held earlier today at the Staples Centre in Los Angeles, California. Eight Bluesfest 2016 Artists were nominated for a total of 22 Grammys and won a total of nine Grammy Awards between them.

Bluesfest headliner Kendrick Lamar won five Grammy Awards in total. His 2015 album release To Pimp A Butterfly that incorporates elements of Jazz, Funk, Soul, spoken word, and Hip-Hop saw him take out all four Rap categories he was nominated in. 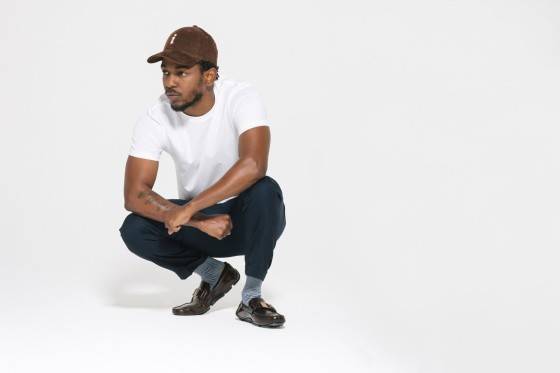 Music’s biggest night featured more than 30 performers during the awards ceremony including Bluesfest 2016 artists Kendrick Lamar (who had the most nominations of any artist this year) and got a standing ovation for his performance of ‘The Blacker the Berry’ and ‘Alright’, and Jackson Browne, who joined Eagles co-founder Bernie Leadon and members Don Henley, Joe Walsh and Timothy B. Schmit to perform ‘Take It Easy’, in a fitting tribute to the late Glenn Frey.

“For Bluesfest 2016 it was a record number of Grammy nominations, perhaps the highest number ever for a festival in Australia, and now the proof is in the pudding, we have seen nine wins.

This has been the year of Kendrick Lamar, his almost record 11 nominations has resulted in five Grammy wins, what an outstanding result, for which we congratulate him.

We would also like to congratulate Bluesfest 2016 artists D’Angelo and Jason Isbell, who both took out two Grammys.

As a past Grammy nominee and winner for my record label AIM, when Cubanismo and Terrance Simien were nominated for the 2008 Grammy’s, with Terrance going on to win the Best Cajun Zydeco Grammy, I must say even being nominated for a Grammy is a major, major achievement.

One that will be in an artist’s bio from that day on, to win is the pinnacle for an artist and shows their recording was deemed by their peers to be the best in that category released in the past 12 months. The competition is fierce, and the winners truly are the best. The thrill of winning is something that stays with the winner for a lifetime. I would like to congratulate every nominee and winner, especially those who are playing at Bluesfest 2016.”

KENDRICK LAMAR RESULTS – FIVE GRAMMY WINS!
Kendrick Lamar’s 11 nominations for the 58th Annual Grammys has only ever been beaten by one artist EVER, Michael Jackson in 1984 who received 12 nominations, following the release of Thriller released in late 1982.

D’ANGELO RESULTS – TWO GRAMMY WINS!
After over a decade long hiatus, D’Angelo returned in December 2014 with his latest and 2016 Grammy winning album Black Messiah, which debuted at number five in its first week of release on the Billboard 200 charts and received critical acclaim. D’Angelo will be performing a solid 120 minute set on Easter Saturday (26th March) as well as his 90 minute set on Thursday 24th March for his Bluesfest debut.

ELLE KING RESULTS
Star on the rise Elle King will be making her Bluesfest debut on Friday 25th March and Saturday 26th March. If you are not already familiar with Elle King you soon will be – The sassy musician’s #1 hit single ‘Ex’s & Oh’s’ is taking the world by storm. Her musical style merges old Soul with Rock’n‘Roll influences to create a sound that is instantly familiar but also utterly unique.

TWEEDY RESULTS
Wilco’s incomparable front-man, Jeff Tweedy is coming to Bluesfest to perform as Tweedy, a musical collaboration with his 18-year-old son, drummer Spencer Tweedy. Jeff Tweedy was nominated for a Grammy for Wilco’s ninth studio albumStar Wars. Tweedy will be performing at Bluesfest on the opening night, Thursday 24th March and Friday 25th March.

HIATUS KAIYOTE RESULTS
Australia’s very own future Soul band Hiatus Kaiyote was also in the running for a Grammy earlier today and will be making their Bluesfest debut in March. In a short time, this quartet has embarked on an odyssey that began in bohemian Melbourne and has taken them to the Grammy Awards and beyond. Last year alone they toured 19 countries and performed around 160 shows. Hiatus Kaiyote will perform at Bluesfest on Thursday 24th March and Saturday 26th March.

JASON ISBELL RESULTS – TWO GRAMMY WINS!
Hailing from Alabama, Jason Isbell, who is performing at Bluesfest on Monday 28th March, has changed the face of Country music with his beautifully crafted and emotive music. Jason’s latest album Something More Than Free was released in July 2015 and the Single ’24 Frames’ peaked at no.8 on the Billboard Triple A Chart.

RHIANNON GIDDENS RESULTS
Rhiannon Giddens is coming to Australia for the very first time and is set to stun the audience with her dazzling vocals and fierce spirit. Performing her latest and 2016 Grammy nominated album, Tomorrow Is My Turn, Rhiannon will bring the crowd to their knees and set their souls on fire. Rhiannon Giddens will be performing at Bluesfest on both Thursday 24th and Friday 25th of March.

THE DECEMBERISTS RESULTS
Indie Folk rockers, The Decemberists, are coming back to Australia to charm audiences with their exciting, unique and unforgettable performances. After a four year hiatus, and much to their fans’ delight, The Decemberists are back with their Grammy nominated seventh album What a Terrible Word, What a Beautiful World. The Decemberists will be performing at Bluesfest on Saturday 26th and Sunday 27th March 2016.

Best Boxed or Special Limited Edition Package – What a Terrible World, What a Beautiful World – NOMINATED

FOR PLAYING SCHEDULE WITH STAGES AND TIMES CLICK HERE