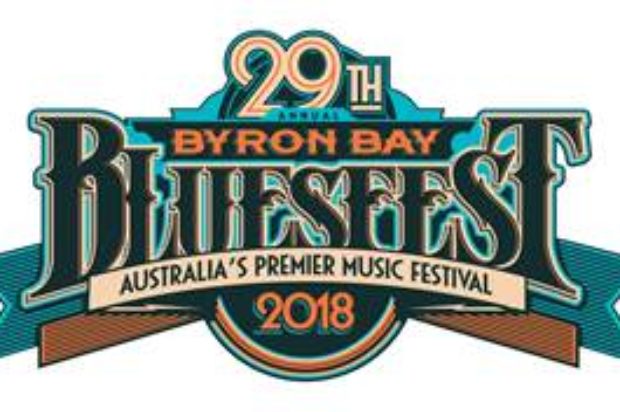 With just one week to Bluesfest 2018, the countdown is officially on for the many thousands of music lovers who make the pilgrimage to Byron Bay for one of Australia’s biggest music festivals.

Tickets for Bluesfest 2018 are flying out the door, Sunday is proving to be especially popular and has reached 90% capacity and is set to sell out.

Those not lucky enough to be there in person can still enjoy the show, as it will be broadcast live on Double J, and ABC Gold Coast, ABC Sunshine Coast and via the ABC listen app. ABC Local Radio will also replay the show on Sunday 1 April from 7pm.

Double J’s brilliant live music team will also be working around the clock to capture plenty of the best performances from the Bluesfest stages and bring them to you wherever you are on their Live at the Wireless program throughout the year.
With back to back performances each day on multiple stages, a gourmet variety of food stalls, markets, on site camping and parking Bluesfest 2018 will be a haven for music lovers of all ages this Easter long weekend from Thursday 29 March to Monday 2 April. Acts playing at this year’s festival include Robert Plant and the Sensational Space Shifters, Lionel Richie, Ms. Lauryn Hill, John Butler Trio, Tash Sultana, Seal, Jackson Browne, Melissa Etheridge, Gomez, Michael Franti and Spearhead, Jimmy Cliff and Leon Bridges.

THE 2018 ARTIST DAILY PLAYING SCHEDULE IS AVAILABLE ON BLUESFEST.COM.AU
Festival and Camping tickets are now on sale through bluesfest.com.au or by phoning the Bluesfest office on 02 6639 9800