BOB DOWNE: THE SECRET IS OUT IN BOB SWEAT & TEARS

Bob Downe Bob Sweat and Tears brisbane powerhouse by Caroline Russo | on September 17, 2014 | 0 comments | in Theatre | Like it “Bob (the sublimely funny alter ego of Mark Trevorrow) has become as iconic a comic creation as Dame Edna, yet despite the passing of time his act feels as fresh and funny as ever.” Scene and Heard, 2014
“His repartee is witty and acerbic, his comic timing and delivery are impeccable.” Herald Sun, 2014
“A great Fringe icon has returned… admirably slick.” The Scotsman

You thought you knew Bob Downe but the rumours are swirling – ‘Has Australia’s Prince of Polyester been living a rainbow lie for all these years?’ As the laughs, surprises and music tumble forth, all will be revealed in Bob Sweat & Tears at Brisbane Powerhouse from Wednesday 8 – Saturday 11 October 2014. 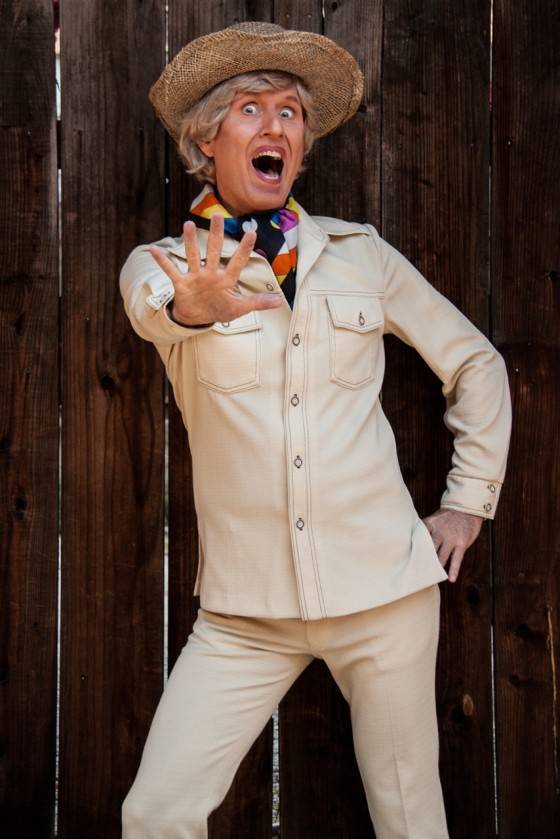 Fresh from his 17th Edinburgh Fringe Festival where he played a 14 night run in the Famous Spiegeltent, according to Bob audiences can expect an entertaining evening with an all-new repertoire of songs including ‘Leader of the Gang’, ‘Billy Don’t Be a Hero’ and ‘Dream a Little Dream of Me’.

“The show is a roller coaster ride of shocks, fabulous music and the usual laugh a minute. As always, the songs chose me! Classic hits I’ve loved since my childhood, glued to Countdown and the radio Top 40.”

Of his 30 year run in the business, Bob says it’s been an unexpected journey since the humble debut of his safari-suit-wearing, lounge singer character.

“It’s been an amazing adventure of spills and thrills, tears and fears! When I did that first little sketch outside Caffe Troppo at the Glebe Food Fair, I couldn’t have dreamed where it would lead. And has it really only been 30 years? It feels more like, oh, I don’t know, about 55!”
Bob Downe (the creation of comedian and broadcaster Mark Trevorrow) was created in 1984 and his multitude of credits include nine Sydney Gay and Lesbian Mardi Gras broadcasts, 17 Edinburgh Fringe Festivals, his own Foxtel shows The Bob Downe Show and Karaoke Dokey, along with cabaret shows including Ding Dong Downe, Live and Swingin’, Whiter! Brighter!, Cold August Night, Million Sellers and the ARIA nominated Jazzy.