australian leaders bob Hawke prime ministers by Caroline Russo | on May 16, 2019 | 0 comments | in Daily News and Updates | Like it 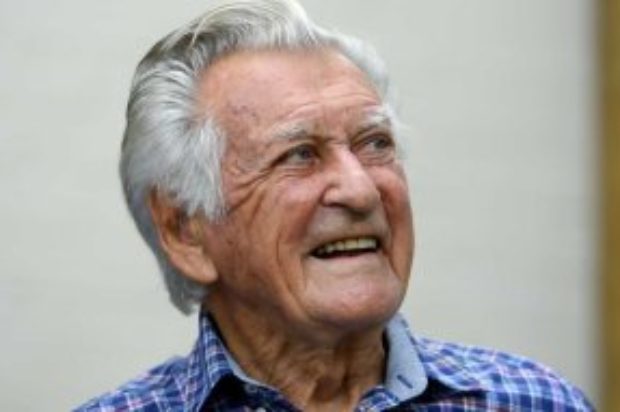 Bob Hawke, Australia’s 23rd prime minister has passed on at the age of 89 years. His term as prime minister from 1983 to 1991, made him the longest-serving Labor PM.

He had won four elections and was one of the most popular prime ministers.

His wife Blanche d’Alpuget,released a statement saying “he died peacefully at home” and that his children,Susan, Stephen and Rosslyn stepson Louis, and his grandchildren would hold a private funeral ahead of a memorial service in Sydney in the coming weeks.

Mr Blache said “Bob was dearly loved by his family, and so many friends and colleagues,” the statement read.

“We will miss him.

“The golden bowl is broken.”

A great conciliator, Mr Hawke’s achievements as prime minister included modernising the economy and integrating it into the global community, establishing Medicare, and championing environmental issues.

Prime Minister Scott Morrison sent his condolences to the family of a man who “will be greatly missed”.

“Bob Hawke was a great Australian who led and served our country with passion, courage, and an intellectual horsepower that made our country stronger,” he tweeted.

“He was true to his beliefs in the Labor tradition and defined the politics of his generation and beyond.

“He had a unique ability to speak to all Australians.”

Mr Hawke’s legacy is closely tied to that of his famous political rival Paul Keating, who took over as prime minister and Labor leader after a 1991 leadership spill.

Mr Keating said the pair enjoyed a “great partnership” and “the country is much the poorer for Bob Hawke’s passing”. Paul Keating and Bob Hawke sit behind each other. Microphones are on a desk in front of them.
PHOTO: Paul Keating (left) served as treasurer and deputy leader under Bob Hawke. (National Archives of Australia)

Mr Keating said in a statement.”Bob possessed a moral framework for his important public life, both representing the workers of Australia and more broadly, the country at large,”

“And that reality was the reformation of Australia’s economy and society and its place in the world.”

Kevin Rudd
✔
@MrKRudd
Bob Hawke is a giant of Australian politics. He and Paul Keating internationalised the Australian economy. He established APEC and radically deepened Australia’s engagement with Asia. He established Medicare. Together with Therese and the entire nation, I mourn his passing.

Mr Hawke was too ill to attend the launch of the Labor Party’s election campaign earlier this month, but Mr Keating said they had spoken about their support for Mr Shorten at the upcoming election, describing it as their “last collaboration”.