BOMBSHELLS IS THE TALK OF THE TOWN

blond women BOMBSHELL famous actress liongate films me too newsroom by Caroline Russo | on August 22, 2019 | 0 comments | in Entertainment | Like it 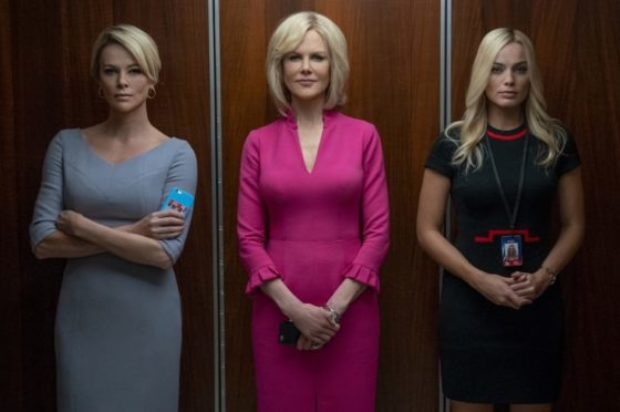 Margot Robbie, Nicole Kidman and Charlize Theron are hot property of Hollywood and they have united for the first time together on screen in upcoming drama film, Bombshell, which Lionsgate Films has just released a first trailer for.

The film, directed by Meet the Parents director Jay Roach, is inspired by the events leading to the downfall of former, late, Fox News chairman and CEO, Roger Ailes, and the women whose interactions with Ailes led to that downfall.

Oscar-winning actress Kidman, plays real-life American television journalist and author Gretchen Carlson in the movie. Following her departure from Fox News after her contact expired in June of 2016, Carlson reportedly filed a sexual harassment lawsuit against her former boss, the then Fox News chairman and CEO, Ailes. Following Carlson’s lawsuit, dozens of other women reportedly stepped forward with similar accusations about Ailes.

One of the women who reportedly spoke out about Ailes was journalist and former Fox News anchor, Megyn Kelly. Kelly reportedly wrote about Ailes in her 2016 autobiography, Settle for More, detailing unwanted sexual advances from Ailes while she was at Fox News. In Bombshell, Kelly is played by Oscar-winning actress Theron, who — as revealed in the first trailer — is almost unrecognisable as herself, completely transforming into character. Indeed, she’s so unrecognisable, the internet thought it was Kelly playing herself.

Theron’s exceptional ability to transform so completely into character was the basis for her Oscar win. In 2003’s Monster, the 44-year-old’s portrayal of serial killer Aileen Wuornos was so convincing she won the Best Actress Academy Award for the performance.

Oscar-nominee Margot Robbie plays a fictional associate producer at Fox News in the film, called Kayla Pospisil. Interestingly, the film’s name, Bombshell, is the one word Robbie recently shared during a photocall promoting Once Upon A Time… in Hollywood that she hates being called.

In the trailer, a nervous-looking Robbie walks across the Fox News floor towards the elevator, hesitating to push the button for the second floor — a place she clearly feels very apprehensive about going to. Kidman and Theron join her in the elevator and the three share a very uncomfortable ride down. Flashing between the scenes are the words: “What started as a whisper, will end with a bombshell.” The film is slated for a January 2020 release in Australia, in the meantime, watch the Bombshell trailer below.