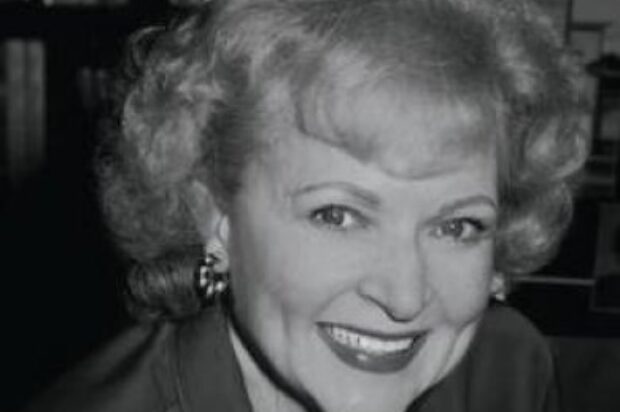 BUY ONLINE or Available at QBD OR ANGES & ROBERTSON

Just in time for Christmas and what a great gift this would be for any fan or celebrity admirer of one of Hollywood classic actress and Golden Girl herself “Betty White’ with an amazing book that is Chronicling 100 highlights from the acting life and passions that have defined an entertainment career like no other.

Betty White: 100 Remarkable Moments in an Extraordinary Life is a visual salute to the First Lady of Television, spanning her more than 80 years as a performer and star of such legendary series as The Mary Tyler Moore Show and The Golden Girls.

There is a foreword by actor Gavin MacLeod, who was part of The Mary Tyler Moore Show cast with Betty White, and all the photos from her decades in comedy as well as a contestant on game shows including What’s My Line?, Password, To Tell the Truth, and Match Game.

Interviews with friends and colleagues, such as Carol Burnett and Candice Bergen
White’s pioneering legacy extends back to the earliest days of TV in the 1950s, when she served as both producer and star of the sitcom Life with Elizabeth during an era that predated glass ceilings. The volume also vividly illustrates the beloved White’s lifelong advocacy for animals as well as the masterful comic versatility she displayed even as she closed in on the century mark.

This has been written and compiled by “Ray Richmond” an Award-winning journalist and bestselling author who has worked as a chief television critic, columnist, and reporter for several publications, including The Hollywood Reporter, Daily Variety, the Los Angeles Daily News, The Orange County Register and (online) Deadline Hollywood. His carer spans over many years in interviewing some of the most famous celebrities and icons in the world, including Elizabeth Taylor, Lucille Ball, Shirley MacLaine, George Burns, Chris Rock, Martin Scorsese, Ben Stiller, Amy Schumer, Steve Carell, and Jimmy Kimmel.

As an author, Richmond’s books include memoir collaborations with the 98-year-old stage and screen legend Janis Paige (Reading Between the Lines) and the famed character actor William Sanderson (Yes, I’m That Guy). His earlier books include the New York Times bestseller The Simpsons: A Complete Guide to Our Favorite Family, This is Jeopardy! Celebrating America’s Favorite Quiz Show, TV Moms: An Illustrated Guide, and My Greatest Day in Show Business.

Great Gift and one for the coffee table and to treasure.