BOOK AUTHOR T.M.CLARK TALKS ON “Tears Of The Cheetah”

Africa Butterflies Cheetah mills and booms by Caroline Russo | on December 20, 2015 | 0 comments | in Interviews | Like it 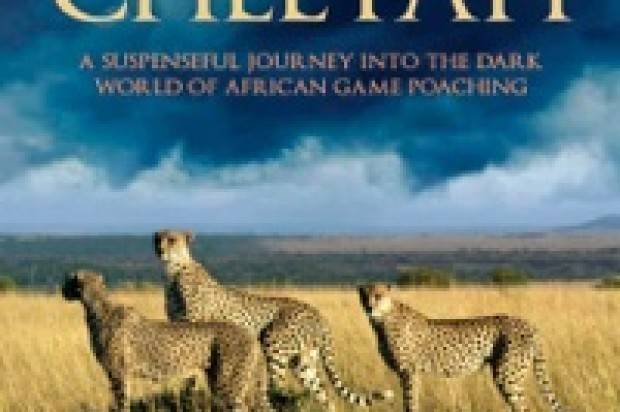 FINDING COMFORT IN ONE’S OWN SKIN: AN INTERVIEW WITH T.M. CLARK

Having just released her third novel, Tears of the Cheetah, author T.M. Clark finds inspiration in the familiar.
Clark has always had a vivid imagination and something of a penchant for storytelling, however turning her hobby into a career never really seemed to be an option. Instead she honed her skills as a technical writer and at night she would tell her children stories of her Southern African heritage.
Clark’s success has been swift since the publication of her first novel My Brother But One received a nomination in the Queensland Literary Awards. The accolade, something which many a writer could only dream, was particularly important to her as she has dyslexia. Shooting Butterflies, her second novel, received an award for cover art so the prospects for Tears of the Cheetah are quite high. Despite having only released this book in late November, she is already putting the final touches on her next novel, Child of Africa, which is due at the publishers in February 2016.
Drawing on her own heritage and experiences was a natural way to go in her second book, Shooting Butterflies, having received such high praise with her debut, but Tears of the Cheetah is perhaps the novel closest to Clark’s heart. Her mother would often take in orphaned baby cheetahs and return them to health, so it was during these early years that Clark’s love of this endangered animal was born, and the inspiration for the story ultimately began.
She began her creative writing life after getting her short story published overseas before publishing children’s books under her full name Tina Marie Clark and eventually taking on a novel. Clark is now known as one of the best African suspense writers of the genre and though her novels are now highly regarded for the vivid culture they feature, dramatic characters and gripping scenes which enthral the reader, it wasn’t always that easy.
This latest novel, in fact, began life as a story aimed at Mills and Boon’s “Blaze” category, where many of her writing friends were published. “We did this thing at my writing group where we had to take [our] story and change the location –originally that book was called Rocky Cowboy and I’d set it up in Rockhampton, I then changed it to Africa – my writing group all just sat there and said, ‘What are you doing trying to write Australian? Your writing comes alive when you’re writing African,’” Clark says. “Once I got accepted to Harlequin Mira, I knew none of my books would ever be category romances.” Now, it would seem she would not have it any other way.
But it’s not all about personal success. Clark sees her job as being one of inspiring others, and runs the CYA Conference – a set of workshops designed to help aspiring writers of the Young Adult genre achieve their goals by introducing them to industry professionals. Now in its tenth year, the conference is well regarded and Clark hopes it will continue for many more years. “It’s my baby,” she says. She also co-ordinates the donation of books to Papua New Guinea, and the building of schools and libraries to help these local communities flourish.
Tears of the Cheetah is published through Harlequin Mira and is available from major bookstores and in e-book format. To find out more about Clark’s work visit: tmclark.com.