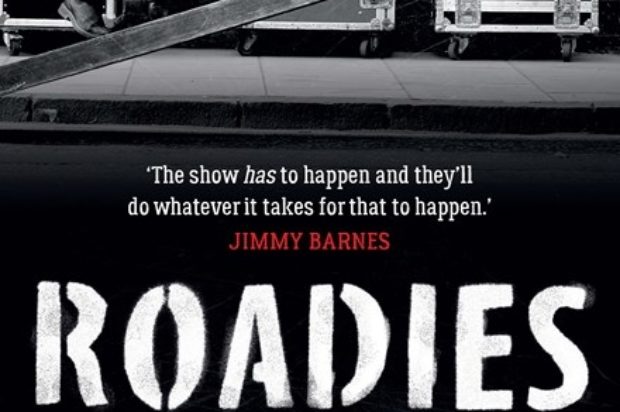 Stuart Coupe well-known author and journalist has been in the media and music industry for many years. His recent work ‘ROADIES The Secret History of Australian Rock’n’ Roll’ gives readers a backstage pass to the Australian music industry over the years.

The book is a tell all of well known crew heads who have been on the road with some of the biggest rock acts such as AC/DC, Inxs, Cold Chisel, Dragon and Sherbot. It is the crews who see it all firsthand and witness the madness which is sex drugs and rock’n’ roll.

Roadies is an enjoyable journey that brings readers back to the 70’s and 80’s an era where Australia led the charge with a number of big acts with charismatic and notorious lead singers. More importantly this is a story that praises the unsung heroes behind the stage.

The book is released by Hatchette Australia.