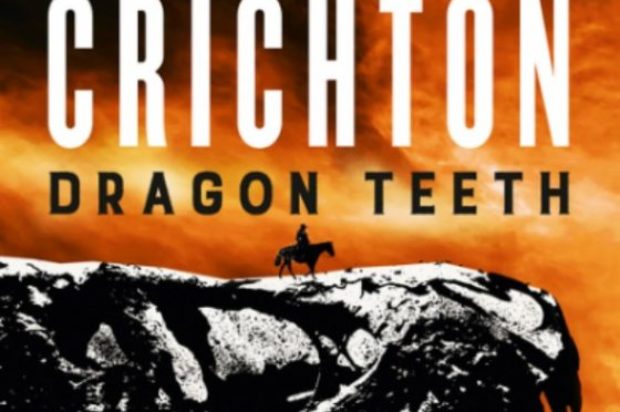 In the midst of all the chaos, two palaeontologists are out to find fame and glory, no matter the cost. Othniel Charles Marsh and Edwin Drinker Cope are out to claim the best fossils, and they’ll lie, cheat, and steal their way to the top if needs be. The Bone Wars are alive and well.

Into the crossfire steps William Johnson, a rich and pampered Yale boy. Joining Charles Marsh on his latest expedition seems like a lark; a story to tell his family about a foray into the uncivilised West, and more importantly a way to save face against a nemesis. But when Marsh- paranoid at the best of times- believes William to be a spy, and abandons him in Cheyenne, Wyoming, bets are the last thing on William’s mind.

To survive means joining forces with Edwin Cope in hopes of a return to civilisation, but when Cope’s team stumbles upon a historic find, William safe ‘adventure of a lifetime’ becomes a race against time alongside some of the West’s most infamous characters.

‘Dragon Teeth’ is a masterstroke by Crichton; a gripping page-turner that feels, in a way, like a prequel cousin to his iconic Jurassic Park series.

Crichton’s storytelling has always been a blending of science and storytelling, and ‘Dragon Teeth’ blurs the line between fiction and history, with the science of the age there to spice up the narrative. The story itself is interwoven with excerpts of William’s actual journals, courtesy of his decedents. It’s clear that Crichton spend a lot of time and energy researching the history of the Bone Wars, and it’s incorrigible cast of characters, and this attention to detail makes for a fascinating account of one of the biggest, and most secretive, personality clashes of the era.

The problem with historical retellings, of course, is that they require maintaining a link to the realities of the past. Here, the tropes of ‘cowboys and Indians’ rings painfully loud within the story, with William’s superiority complex at times rather hard to read. In ‘Dragon Teeth’ the stereotype of the savage Indian is alive and well, and frustrating as it may be, the story wouldn’t work as a historical retelling if the mistakes of the past were ignored.

That historical tone, coupled with the inclusion of historical elements, might feel a little dry for some reading tastes, but if you’re a fan of history, and paleontology, you’re probably going to enjoy ‘Dragon Teeth’.

‘Dragon Teeth’ is published by Harper Collins, and is available where all good books are sold.