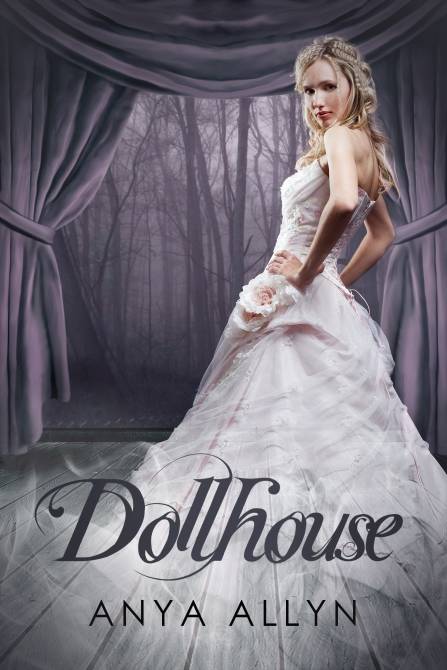 Deep in the heart of the Barrington Tops National Park, a teenage girl has gone missing. With the girl’s boyfriend Ethan under suspicion, Cassie goes in search of her best friend. Determined to get to the truth, she finds herself wandering around the property of a reclusive old man.

Finding nothing but the remnants of an old circus troupe, Cassie and Ethan stumble across a group of young female prisoners. Held captive underground for too long to count, the girls are made to dress and act like dolls. Yet their dollhouse is nothing like child’s play.

Drugged, attacked, and watched like a hawk, Cassie soon believes the only way out of the dollhouse might have to be in a body bag. Her only salvation lies in the leader of the dolls, if she can find out her secret, she might find the way out.

In the first of the Dollhouse series, this novel takes you on a ride into the sublime. The concept is unique and I can honestly say I had no idea what was going to happen from one moment to the next.

If you are looking for something different, something to keep you on the edge of your seat, and something filled with mystery, then you will enjoy Dollhouse.

A fast five questions with the author Anya Allyn:

Q: How did you come up with the idea for Dollhouse?

A: It was on a trip to Devils Hole here in NSW (Australia) that I came up with the idea for Dollhouse. We passed forests with creepy, hanging vines and found beautiful clear-water swimming holes. For some reason it had me thinking ghostly thoughts!

Q: The books were originally a trilogy and have been extended into four books, what made you decide to further the story?

A: The story was intended to finish with the third book, but I found that I couldn’t tell the story in just one final book. You know that it’s not working when you think you have to cut important scenes down to their bare bones just to fit them into one book! So I had to make the difficult decision to extend the series. Because I know many readers are on a tight budget, I also made the decision to release Books 3 and 4 at half-price during the first three days – so that readers who expected only three books could/can have the last two for the price of one. I think it’s important for authors to consider their readers when making major changes such as adding additional books to a series.

Q: Which character do you most identify with? If any?

A: I identify with a personal issue that Cassie has (revealed in Book 4.) but in general I don’t identify with her personality (And I’ve never had a crush on another girl’s boyfriend – as she did. That one was difficult to imagine when writing those scenes!) I probably identify with Ethan the most, except that he’s a lot more impulsive and volatile than me! When Ethan has a problem, he’s likely to try to fix it rather than talk it about it–which is a lot like me. I can be pretty aloof when I’m trying to figure things out.

Q: What do you hope that readers will take away most from reading the series?

A: The series hinges upon a large theme–one that will become obvious at the end of the last book, and I’d hope that it resonates with readers. It involves a huge shock ending, and my biggest hope is that it stays with a reader, one of those endings you would never forget.

Q:What’s next for you?

A: I have news coming up shortly for Dollhouse, but it’s too soon to say anything 🙂 Apart from that, I’ll be writing a prequel to Dollhouse, which I’m excited about, as I’m in love with the idea for this. So far, it will be a short story or novelette. I have some other books in the pipeline – from YA sci fi to YA Gothic. At this point, I’m unsure which I’ll work on–most authors would say they have so many ideas and so little time, and it’s so true!