BOOK REVIEW : ITS IN HIS KISS 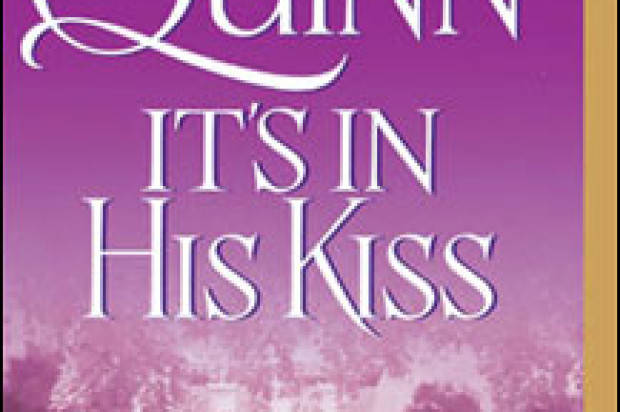 It’s in His Kiss by Julia Quinn
Introducing NIna Maria as our new additional Book Reviewer.

It’s in His Kiss is the seventh book of the Bridgerton Family series that tells the love story of each of the eight Bridgerton siblings, who are named in alphabetical order and full of characters. The Bridgerton is a famous and respected aristocratic family of the Julia Quinn’s regency era.

Hyacinth is the youngest Bridgerton. She grows up with love and has lived her life surrounded by lots of love from her wise mother, over-protective older brothers and sisters, cute little nieces and nephews. She is outspoken and smart, which is not considered to be a positive trait for a lady of the ton, yet her wittiness makes it so easy for the member of the ton to like her. While she is never lack of admirers or marriage proposals – no suitors are able to win her heart yet; a rake with a ‘reputation’ is surely will not be a winner.

Gareth is the Earl of St Clair’s bastard son, who grows up without a mother and is despised by his father and is kicked out from the house after refusing his father’s command to marry a girl whom he has never spoken with just for the sake of saving the earldom from poverty. Gareth only knows the idea of love from his maternal grandmother who shelters him and his older brother who sadly never returns from the Trafalgar war. He is a strong-headed gentleman and a well-known rogue; a smart, innocent lady of the ton is definitely not his appetite.

When Gareth unexpectedly receives the diary of his paternal grandmother, he has to charm Hyacinth to get her help in translating the diary from Italian. Unbeknownst to them, the diary contains information that can save the earldom from poverty, which will be very useful to Gareth when he inherit one day and will be a great revenge for his father.

The attempt to find the secret family jewel and to decipher more clues in the diary throws Gareth and Hyacinth together more than they want to. A meddling grandmother and mother who cannot wait to get her youngest daughter being married ensure that there are even more reasons for them to be together often.

Whether they find the family jewel or not becomes then a secondary priority compared to the attempt of not losing the jewel of their hearts when they find it.

I really enjoyed the way Quinn unraveled the personalities of the hero and the heroine of the book through the sharp yet humorous bantering they exchange. The book is light and entertaining, but still unfailingly romantic. Just like with any other Quinn’s book, it is hard not to put the book down – a regency romance book lover would enjoy reading this book and high likely will be intrigued to read all of the other Bridgerton series.