Book review: Let Me Tell You About a Man i Knew

asylum historical fiction Kylie Thompson meaning of life by Caroline Russo | on August 29, 2016 | 0 comments | in Book Reviews | Like it 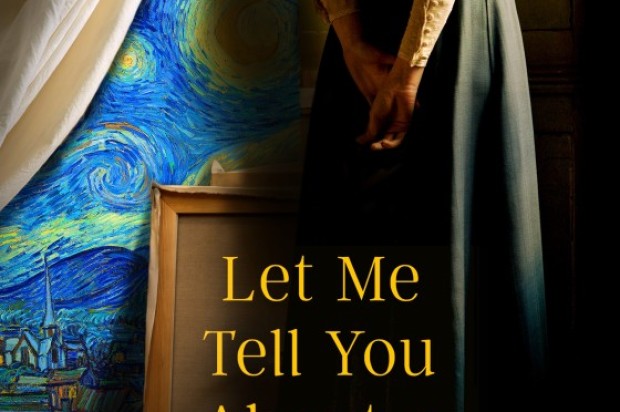 When a mysterious painter arrives at the asylum in St Remy, the townspeople are startled by his wild, red hair and rumours of a mutilated ear. His art, too, is a source of scandal among the hospital staff: it’s brightly coloured, the paint piled upon the canvas. Every brush stoke seems to them a childish sign of his madness, rather than the salvation the painter believes it to be. To Jeanne, though, his art is a thing of beauty.
As the wife of the warden, the rules are clear: do not enter the asylum, and do not interact with the patients. But there’s something about the wild Dutchman that draws Jeanne’s focus. At first, perhaps, it’s curiosity about his ear. But as she sneaks into the fields each day to bring Vincent water, and to watch him work, the tentative friendship grows, changing the town, and Jeanne, forever.

In ‘Let Me Tell You About A Man I Knew’, Fletcher has created a tender, poignant story around van Gogh’s time in St Remy; a time when Vincent’s health was in a state of flux, but also a time of staggering artistic productivity. Some of van Gogh’s finest works were created in and around the asylum.

Van Gogh has always been a being of mythology; the wild man artist, the stereotypical broken creative soul, and oftentimes we’re so focused on his wildness that the man beneath is lost to the myth. Here, though, Fletcher has made sure that Vincent is more than a caricature, that he is sympathetic and tender, even as his life is eroded by the madness none could define, let alone cure. It would have been easy, perhaps, to let the story be about Vincent’s madness, to focus only upon the rise and fall of his moods and his struggle to create. It’s the showier, more sensationalist story, certainly. But this isn’t a story about van Gogh’s life, not really, and by stepping back from the focus on that sensationalist insanity, Fletcher allows a larger than life character to be a source of beauty and grace.

‘Let Me Tell You About A Man I Knew’ is a poignant story about a woman’s search for meaning in life, and about the bonds of love in all their flawed and chaotic beauty. At its heart, van Gogh’s work was about emotion and exploration, and his artistic career had a habit of exploring the beauty in the everyday. In so many ways, Jeanne’s life echoes Vincent’s art; the dreariness of her personal monotony overwhelming the intrinsic beauty she’s oftentimes blinded to. Sometimes it takes someone else’s gaze to find beauty in the everyday moments, and for Jeanne, Vincent might just be the one to show her what she’s missing.

This isn’t a romance, and if you’re going into it hoping for Vincent to be soothed by the romantic love of a good woman, you’re in for disappointment. Even so, the two main characters clearly care for each other, and recognise another lost soul when they stumble upon them.

There are reviews in which words don’t truly do justice, and this is one of them. I could talk for days about the phrasing and language that flows like the colours of Starry Night. I could talk about the tenderness of the portrayals of all the characters, letting love and grief be its own sort of madness, so that everyone is intrinsically broken, and yet utterly beautiful despite (or perhaps because) of it. I could talk about the way Fletcher has so perfectly captured the feeling of van Gogh’s art and the powerful emotions that surround it even now. I could talk about the inevitable book hangover that ensued, the urge to hug the novel and start reading it again. I could fill pages talking about the elements that work, and struggling to find issues to point out. But ‘Let Me Tell You About A Man I Knew’ is better read than reviewed. If you’re a fan of art history, historical fiction, or stories of life, love, and change, this is a stunningly beautiful piece of storytelling.

‘Let Me Tell You About A Man I Knew’ is published by Hachette Australia, and is available through the publisher’s website, and in e-book and paperback form in all the usual haunts.