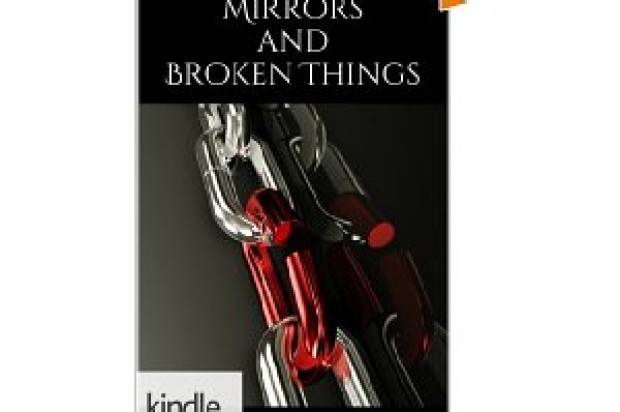 By C. L. Marlene
Review by Sandra Lombardo
Summary:
After her transition into a vampire, Elena is different and struggling to understand who she sees when she looks in the mirror. But is the answer as simple as a reflection? Can Damon hold the solution to helping Elena find her true self amidst the chaos invading her life, and is seeking his help wise with the questions that still linger between them?
With Elena’s choice between the brothers declared before her tragic departure off Wickery Bridge, sealing her fate into vampirism and heart seemingly to Stefan, Damon is trying to re-find his place in her life. But how can he stay away when she needs him more than ever? Even if every reflected look between them only seems to break him more…
A walk through of episode 4×02 Memorial, including what happened when the camera was off.
Main Characters: Damon Salvatore, Elena Gilbert
Secondary Character: Stefan Salvatore
~~~~~~~~~~~~~~~~~~~~~~~~~~~~~~~~~~~~~~~~~~~~~~~~~~~~~~~~~
Mirrors and Broken Things, by C.L Marlene, is a five-star novel that takes place during episode 4×02, Memorial. Marlene skillfully fills in the canvas left blank by The Vampire Diaries’ writers and, by doing so, grants her readers a peak into the most dynamic romance The Vampire Diaries has to offer.
The story picks up almost immediately after the debacle at the Young farm in 4×01. Elena is home alone, packing for the next day’s camping trip/lesson on eating bunnies with Stefan. We find her realistically freaking out thanks to the drastic turns her life has taken in the past 36 or so hours. Stefan is both physically and emotionally absent, leaving the window literally wide open for Damon to jump through.
Coming off the heels of season three-and despite Elena’s choices in regards to the Salvatore brothers-we find that it is Damon who is more intimately in tune to Elena. Following her death and transition, Damon is there for her, showing Elena literally what it means to be a vampire. Marlene’s Damon holds nothing back. He’s all vampire and expects nothing less from Elena. The tension-filled lessons in Vampire 101 quickly reveal the feelings the two have kept under wraps, despite Elena having chosen Stefan over Damon just days ago.
As the episode is fleshed out, we’re treated to a more intimate look at what happened in the restroom of the Grille when Elena fed from Damon. Marlene goes in no holds barred sharing her interpretation of the event once our screens had faded to black and it’s nothing short of pure hotness and sensuality and the truth of what it meant when Damon said blood sharing is personal.
From there, Marlene continues to fill in the blanks as if the TVD writers had whispered the details in her ear. We see Damon overwhelmed, powerless before this young woman he’s finally allowed to show his love to. Elena quickly learns what bloodlust truly means during an expanded scene at the memorial as she fights her nature successfully despite starving. Marlene cleverly manipulates the next few scenes leading up to Elena’s confrontation with Stefan, allowing Elena to experience the bad and the good of being a vampire, including an incredibly beautiful moment between Damon and Elena as he brings her back from the edge, powered by the sheer strength of his love for her.
Much like the actual episode, Stefan is mostly an absentee boyfriend, making it easy for his girl and his brother to give in to their feelings. Marlene delightfully pushes the PG13 rating (quite legally) to its limits with this book and does it with incredible taste and sexiness. Every KW author should read this book, if only for an inexpensive lesson on how to write sexy without breaking the rules.
Damon and Elena are wonderfully in character throughout the book. We hear both characters’ perspectives as the story is told in alternating POVs. Damon is at times funny, making the reader laugh out loud and then you’re crying as he breaks your heart. Elena bravely deals with the knowledge that Stefan is no longer her choice, while finally accepting her love for Damon and coping with her transition into a vampire.
Mirrors and Broken Things is a must-read for any TVD fan. If you’re a “Delena” fan, you should have this book on your wish list, if not already in your hands.
~~~~~~~~~~~~~~~~~~~~~~~~~~~~~~~~~~~~~~~~~~~~~~~~~~~~~~~~
Favorite Scene: Blood sharing in the bathroom. Possibly my favorite scene of all-time.
Least Favorite Scene: None, at least not because of poor writing or something ridiculous. If I had to pick one due to how painful it was to experience, it would be the shower scene. Seriously, Marlene used a knife and gutted me with her words in this scene.
Click here to buy Mirror and Broken Things.