Book Review :Still With Me By Thierry Cohen 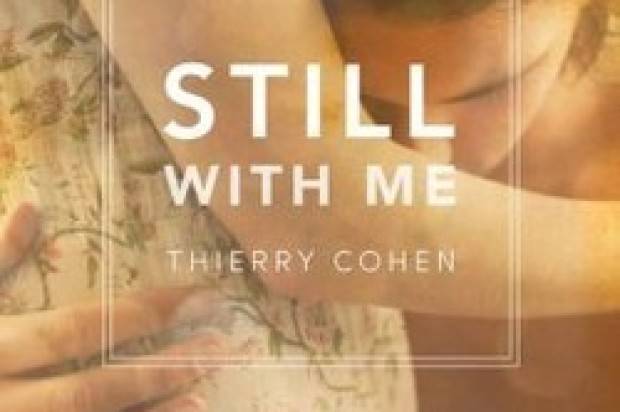 Since its initial publication in France, Still with Me has been published in 15 countries, the winner of France’s Grand Prix Jean d’Ormesson in 2007. It is the story of Jeremy Delegue, who, on his 20th birthday commits suicide after being rejected by Victoria, the woman he has loved since he was ten years old.
What follows Jeremy’s suicide is a fantastical story of a man leading two lives, of which he only remembers one. When he wakes on his 21st birthday from an apparently failed suicide, Jeremy realizes he remembers nothing of the preceding year, despite the fact that he is living the life he always wanted with Victoria.
Frightened by his amnesia, Jeremy and Victoria rush to the hospital to have Jeremy examined. After being admitted and examined, Jeremy falls off to sleep but not before encountering the ghostly figure of a Rabbi praying the Jewish Prayer of the Dead over him.
When Jeremy awakes, it is once again his birthday and two years have passed—which he has no memory of. This pattern, including the ghostly Rabbi, continues throughout Jeremy’s life. He remains the one constant, a frightened man who appears only to find his life increasingly torn apart by a shadow-self he cannot remember. He eventually becomes unwelcomed in the lives of those he loves, characters which float through the story representing all that his alter-ego has destroyed during his slumber.
The other Jeremy, a selfish, mean, drunkard, slowly shatters that which Jeremy never had but longed for before attempting to kill himself. This demon that lives inside him leads Jeremy to seek answers in a place he rejected earlier in his life–God. During one of his sentient moments, which he recognizes is always his birthday and a painful reminder of time that has passed, Jeremy seeks out a spiritual leader for help, building up to a discovery of forgiveness and redemption.
Author Cohen constructs a story that is at once horrifying and suspenseful. The ending answers these questions while drawing in a spiritual element that is fairly predictable. Jeremy is truly the only concrete character as the others, his wife, children, friends, lovers, and parents, serve purely as a means for him to gauge his circumstances when he awakes. Aside from Jeremy, only one other character stands out: his younger son Simon, who in his desire and hopefulness to know his true father, is a mirror of Jeremy and a foreshadowing of the answers that Jeremy is looking for.
Still With Me is a story that cleverly demonstrates where our choices can lead us. That even when we believe there are no more choices left to make our free will still exists and when all hope is lost we can make decisions that lead us down a different path.