Book Review: The BBQ Cookbook: Inspired by the Movie ‘The BBQ’ 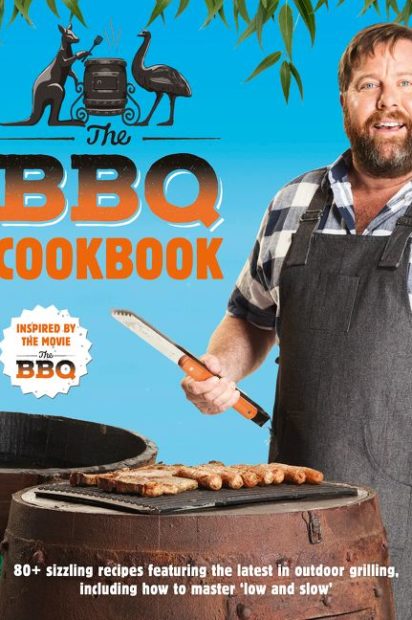 There are few things in life more Aussie than a barbecue. It’s a summer tradition we’ve embraced whole-heartedly, and we can get a little bit precious about who wields the tongs. But though the old joke goes that you know when the BBQ’s done when there’s charcoal on both sides of the tray, the truth is, we’re actually rather proud of making our BBQ meals edible.

So proud, we’re releasing a movie about the quest for that perfect BBQ creation.

‘The BBQ’, our in February 2018, is the story of a man, an iconic BBQ, and a quest for redemption and learning that makes the Luke and Yoda bromance look positively lacklustre in comparison. And in terms of a movie tie-in book? This one rocks.

This isn’t about cremating meat and drowning it in tomato sauce. Instead, the focus is on making the most of the flavour of the meat, and pairing it with fresh, simple sides and sauces that look fancy as, but without all the fuss. And unlike the speed BBQ mentality that earns quite the ribbing, ‘The BBQ Cookbook’ is focused on the low temp, slow cooking techniques more commonly found in American styled BBQ cooking.

This is not your typical, serious cookbook. Instead, it’s a celebration of the ocker spirit of Australia, happier to poke fun at the pomp and ceremony of the genre than to seriously partake in it. the best part of the relaxed, humorous approach to learning is that it’s incredibly hard to be intimidated by a new cooking technique while you’re snigger and looking at pictures of Manu Fieldel posing ridiculously.

That being said, these aren’t what you’d call complicated recipes. Even if you’ve never raised the tongs or lit the BBQ, you’ll be able to follow along, and create some mouth-watering dishes. But those with a long and noble history of the artform will likely find some new tricks and tips to make the most of the BBQ season.

For the more finicky eaters, the chapters are divided into protein types, making it wonderfully easy to skip over the seafood and get to the beef. And the vegetarians and vegans who are usually feeling pretty left out by the end of a cookbook on the humble BBQ are in for a treat: there’s a section focused on delectable looking meat-free options.

If you dream of a summer of back yard socialising, you’re probably going to love ‘The BBQ Cookbook’.

‘The BBQ Cookbook’ is published through ABC Books/ Harper Collins, and is available at leading retailers.