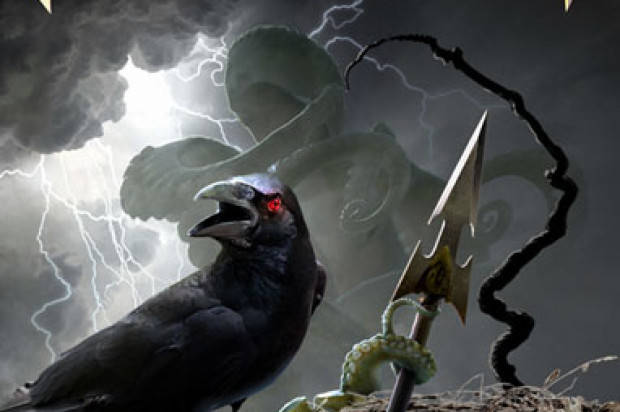 16 years ago, Keith Murphy left the beaches and brightness of the Gold Coast with a new job: kill the things that needed killing to keep the world a slightly safer place. But when a job goes south- the kind of south that sees him hunted by a cult- there’s nothing for it. He’ll have to go to the place he promised he’d never see again.

It’s not just the cult hunting him, and his partner Roark, that’s the problem. There’s demons wanting more than a pound of flesh, and the woman he left behind? Yeah, she’s not thrilled he’s back, either. To survive this particular misadventure means navigating waters far more treacherous than the ones visible from the safe house.

The Flotsam Trilogy Omnibus is supernatural noir; all the grit and growl of the golden age detectives let loose upon the monsters and magics that keep us fascinated (and occasionally afraid) as we curl up on the couch at night. Ball is masterful in his use of tension, with a knack for keeping readers glued to the screen or page. His ability to showcase emotional connections and complications without devolving into self-pitying monologues or poetic meanderings give the stories an action movie vibe that adds tension and focus to the stories.

Ball’s work feels like reading an action movie, and yet somehow, it really works. The pacing is fantastic, the characters sympathetic and emotionally compelling without lingering too long in the tragedies of their past. It’s hard not to love the broad strokes of information that keep the story moving and the tension climbing, even harder to avoid falling for Murphy’s everyday man-turned anti-hero persona. Murphy makes a fantastic anti-hero, and sharing an adventure or two through his eyes certainly isn’t a hardship.
This isn’t a book for kids- and if you’re not great with a lot of swearing, it’s possibly not going to be your favourite read. But the swearing is believable rather than gratuitous, and used quite sparingly. Though there’s a fair amount of violence, Ball has captured the idea of the carnage without wasting time describing everything in minute detail.

There are certain places in the world that authors tend to write stories about- New York being a prime candidate for urban fantasy and supernatural stories. Far too often, Australian cities are ignored, even by Australian authors. There’s something fun about seeing somewhere close to home as the centre of the action, and Ball has brilliantly captured the glitz and tarnished glamour of the Gold Coast’s modern façade. And though Murphy would be right at home in the black and white madness of a golden-era noir film, he’s Aussie enough to be relatable to home-grown readers without being so jingoistic as to be unreadable to a more global fan base.

It’s always good to support local writers, and that idea is made so much easier when you realise Brisbane has an overabundance of talent. Peter M. Ball is the sort of writer you can’t help wanting to read more from, and fingers crossed, it won’t be too long before we get to see where his writing takes us next.

The Flotsam Trilogy Omnibus is published through Apocalypse Ink Productions, and is available through the publisher’s website, Amazon, and www.petermball.com