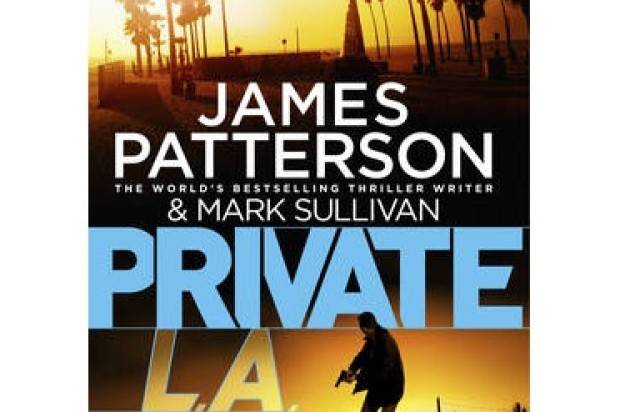 This book is actually the first action/thriller book I read by James Patterson. I’ve read his drama/romance books before and I really enjoyed it. But I saw this newly released book by James Patterson on the shelf and I thought why not – I need to read something different after finishing the very enjoyable historical romance of the Bridgerton series!

One of the latest releases by James Patterson in 2014, Private L.A. is the story about Jack Morgan, who is the leader and owner of the well-reputable private investigators team. Jack does not have much time to sleep and neither do his team. They have to beat the clock to solve several major cases in the city of angels.

Jack and his fellow ex-marine, whom he thought more as a brother instead of as a business partner, are working intensely with the high-rank L.A.law and order officials to find ‘No Prisoner’, a cold blooded USA ex-military team who have been terrorizing the city with the random killing of the civilians. These terrorists will continue their act and add the numbers of their victims each day until they receive the million of dollars that they demanded from the L.A. Mayor in their bank account.

As if the lives of the L.A. citizens are not big enough case to handle, Jack needs to lead his team in finding the Harlows, a high-profile celebrity couple (imagine like a Brad Pitt and Angelina Jolie equivalent) who just vanished from their mansion without any trace. The Harlow’s publicist, lawyer, and the production company president who hired Private initially seem to have an agenda of their own other than finding the Harlows which make it more difficult than necessary. In addition the team also have to dodge the L.A. media to keep the situation hush hush — as with anything in LA, celebrity case is definitely the gem of the LA media.

To make matter worse, Jack’s twin brother just got out from the jail after his $5million bail was paid by the L.A. notorious drug dealer who has a grudge of his own on Jack. Both of them are determined to make Jack’s life miserable with their latest proposition to take Private from Jack’s hand and buy it outright – Jack certainly does not need to have this extra headache in the middle of all of these crises.

Despite all of the tensed and thrilling scenes, one of the little pleasures I had was reading the subtle sexual tension between Jack and Justine, the psychologist in the Private team. They have strong feelings for each other but cannot be together because of the mismatch in ‘communication’ due to Jack’s experience when he was in Afghanistan. In this book, Justine’s near death experience during one of the missions gives her a new understanding of what Jack went through and she could not help but to have some hope that maybe their short-lived-intense relationship can be revived although, as always, there is a ‘but’… [which you will only find out when you make it to the end – I cannot wait for the next book to come sooner than later!]

There was a little too many characters’ name flying in and out of the scene which made me had to flick back to the previous page several times, however there was a reason for them all which will unfold nicely as the story goes. Booklovers who also like to watch CSI type of TV series will surely enjoy reading this book. It’s full of actions – the plot is thick, the build up is well written, and several thrilling puzzles that happen at the same time will keep you wanting to keep flicking the page, as you really want to know what happens next.

This was the first book from the Private series that I read. I was captivated and will now hunt down the other books in this series to find out more about the Private world of Jack Morgan. [4/5]