Book Reviews : ‘And Then You’re Dead’ 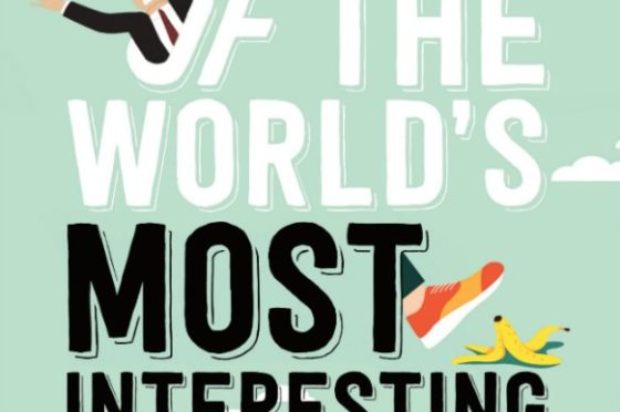 And Then You’re Dead: A Scientific Exploration of the World’s Most Interesting Ways to Die by Cody Cassidy and Paul Doherty
Review by Kylie Thompson


It’s often difficult to talk about death in an open, frank way without causing trouble. Our society is quick to avoid the subject as much as possible, to turn to platitudes and vagueness to avoid the uncomfortable truths of mortality. And yet, despite our best efforts to avoid it, we’re often rather quick towards morbid curiosity and gallows humour. There are ‘what if’ questions that have seen the light at many a pub around the world, as we wonder what would happen if, say, we slipped on a banana peel, or dropped a coin off of the Empire State Building, or got attacked by a shark.

And then there are the questions that require a few more drinks, perhaps. Questions about leaping into black holes, or the realities of time travel, or the reasons you probably shouldn’t put your head into a particle accelerator.

‘And Then You’re Dead’ is a collection of those ‘what if’ questions that have kept us amused and bickering for years, backed with the scientific evidence to support the answers. If you’ve ever wanted to know what would actually happen, you’re in for a treat with this book.

It would have been incredibly easy for this to be a dry, science-heavy read- the sort of book destined only for the scientifically minded. And yet, the science here is hidden like vegetables in a toddler’s meal- there’s enough humour and gore within these pages to keep from getting overwhelmed (or even really noticing) the science you’re subtly learning. ‘And Then You’re Dead’ is science’s answer to ‘Horrible Histories’- equal parts gruesome and educational, and far more fun than the typical dry textbook.

It would have been easy, too, for the authors to treat all of the subject matter with witty sarcasm and amusement, and yet at times they discuss actual people, and actual deaths. It’s a difficult tightrope to walk, creating a humorous book around death without disrespecting actual people’s experiences in the process, and yet somehow, Cassidy and Doherty have managed it. Though there’s crassness galore here, there’s a tenderness and respectfulness, too. Oddly, in a witty book about the mechanics of death, it’s hard not to be reminded of our shared humanity.

‘And Then You’re Dead’ might not be your ideal read if death is a subject matter that leaves you squeamish, or if you’re not good with blunt descriptions around injuries and the process of dying. But for those with the ability to withstand the ick factor, it’s a remarkably engaging read. It’s the sort of book that resistant readers will possibly love- though given the subject matter, you might want to have a quick read of it before handing it to an older child.

‘And Then You’re Dead’ is published by Allen & Unwin, and is available at all leading retailers.