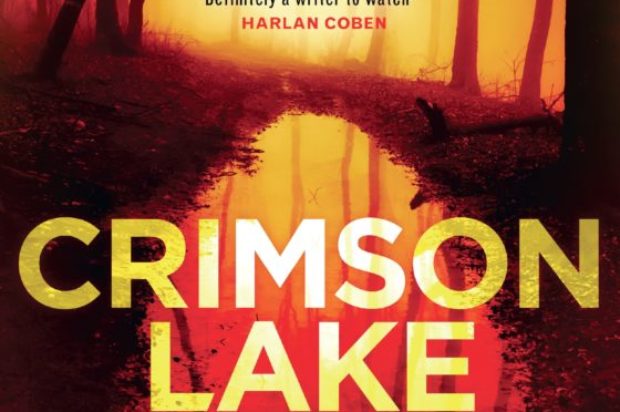 Rating: 4 and a half stars
Genre: crime/thriller

Ted Conkaffey used to be a cop, back in the time before a ‘wrong place, wrong time’ moment left his life in ruins. Trying to find a safe place to lick his wounds and get his life back on track, Ted finds himself living beside a croc infested river in the tropics, embracing the hermit lifestyle and trying to fly under the radars of the vigilantes baying for his blood. That is, until his lawyer asks him to meet with a woman named Amanda Pharrell.
Amanda isn’t your typical PI. She’s possibly the last person you’d expect to fill that role. Small, heavily tattooed, and weird, she’s also a convicted murderer. Convicted as a teenager of murdering a classmate, Amanda’s got a reputation about as tarnished as Ted’s. And unlike Ted, she’s learned how to cope with the suspicious glances and public hatred that comes with life on the wrong side of a high profile case. The furore around her work has even died down to a grudging acceptance within the small community of Crimson Lake.

Amanda’s latest case isn’t what you’d call simple: a famous author has vanished, possibly taken by a crocodile. But life in the tropics means learning how to avoid the apex predators, so why would he be out in croc infested waters in the middle of the night? His grieving wife wants answers, or at least the ability to claim his life insurance. On its own, the case is a problem maker, but with a nosy journalist hounding Ted, a growing collection of locals aiming to drive him from their town, and the local cops out to make his every second a misery, this might well be the case that breaks him.

‘Crimson Lake’ is the best kind of whodunit: emotionally compelling and rife with red herrings, it’s the sort of book you can’t put down until you know exactly what happened. This is the sort of book best saved for a spare day, if only because the temptation to call in sick to work might be a little hard to resist. It’s a slow burn of a story rather than a constant barrage of explosions and drama, with a growing sense of tension and dread you can’t help but be entranced by. But it’s the characters themselves that truly make the story: Ted and Amanda aren’t your usual trope ex-cons, screaming their innocence to anyone who’ll listen, or cold and stoic monsters waiting for the chance to attack. They’re broken and changed by their pasts and the scope of their traumas, and the impact on their lives makes for a visceral, compelling storyline.

Fox has created two utterly dazzling characters here, the sort you’ll want, perhaps need, to see more from.
‘Crimson Lake is published through Bantam/ Penguin Random House Australia, and is available through all the leading retailers.