ALLEN AND UNWIN bio stories Jeff Apter KIETH URBAN by Caroline Russo | on April 6, 2022 | 0 comments | in Book Reviews | Like it 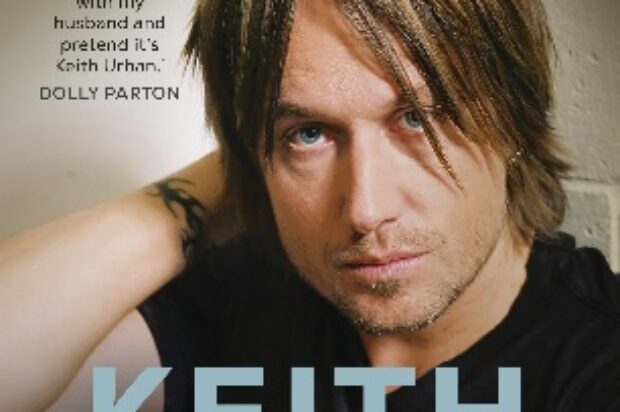 His amazing journey from daydreamer to superstar

Keith Urban is the definitive biography of an Australian superstar.

Four Grammys. 20 US Number Ones. A Hollywood marriage. Who wouldn’t want to be Keith Urban?

Jeff Apter is the author of more than 20 music biographies, many of them bestsellers that include John Farnham, the Bee Gees, the Finn brothers and Angus Young of AC/DC has now released a bio book on Brisbane born international superstar in the music industry Keith Urban.

Jeff was on staff at Rolling Stone for several years and has written about legends such as Aretha Franklin, Patti Smith, Robbie Robertson, Bob Dylan, Chrissie Hynde and Lucinda Williams.
He has worked in a comprehensive biography that documents how Keith Urban lived out his childhood dream – and the price he’s had to pay to reach the top.

The book starts from his humble origins. How his father worked at the local tip and Keith was a high school dropout. But Keith had a plan: conquering Nashville. ‘It’s my destiny,’ he said. And Keith was hell-bent on scaling that musical Everest. Whatever it took.

It didn’t come easy. Keith served his apprenticeship in the beer barns of Australia and his early trips to America were disastrous. But he never gave up, settling in Nashville in the 1990s and forming The Ranch. When the band fell apart, so did Keith, ending up in rehab (not for the last time). But Keith did eventually reach the top, through a combination of talent, charisma, sex appeal, dogged perseverance-and skin thick enough for a rhino. And along the way he married Nicole Kidman.

As Keith has said, ‘All those detours, especially the really dark ones, got me to where I am now. I would not want to change one leaf on any tree in the whole journey.’

This is a definite book for any fans but also for inspiring musicians to those who love a good bio book. Jeff has researched amazing details of Keith’s life and the story just keeps growing with this legend as he is now back in the land of touring and the journey continues to grow as one of the most successful Australian imports of music industry.