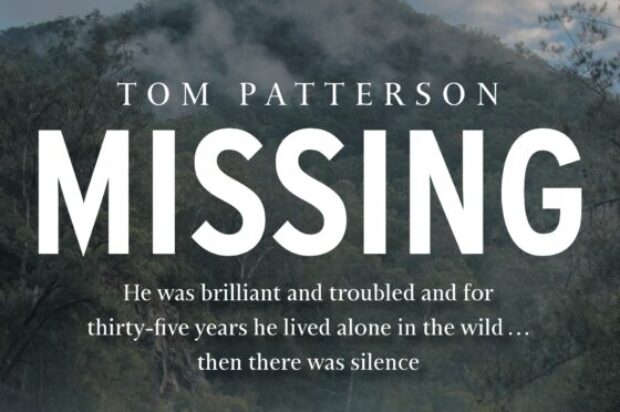 ‘Hey mate, Pete and Steve have been talking to some people who live around the national park where Mark lives… nobody has seen him for months… We’re about to head into the gorge… I’ll let you know what we find…’
Beautifully written and affecting, Missing is the true story of a young man caught in a world he can’t control and how he finds a way to survive.

In 1972 Mark May is eighteen. He is bright, beautiful and has a scholarship to study law. Ten years later he descends alone into remote gorge country in north-western New South Wales. He lives in rough camps and stays for thirty-five years. Then, after discovering a note left by Mark, his two brothers go descend into the gorge to look for him…
Missing is a true story of immense emotional force. It is about the long-term effects of trauma and drug addiction, and how they can impact the individual and the wider family. It is about living in nature and the desire to live a different life outside of the norms of society. Ultimately, it is a story about survival, freedom and humanity.

Tom Patterson grew up in the New England region of New South Wales. He wrote Missing after years of research and extensive interviews with Mark May’s friends and family. This book is an extension of The Weekend Australian Magazine piece ‘Searching for a Lost Soul’ that was subsequently nominated for a 2021 Walkley Award for Feature Writing.
https://www.allenandunwin.com/browse/books/other-books/Missing-Tom-Patterson-9781761066764