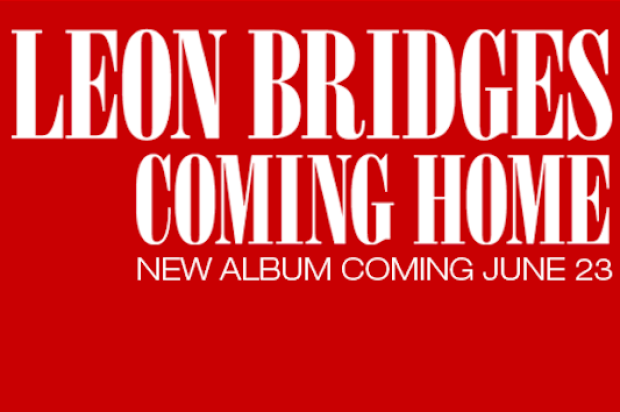 “Leon is a musician whose demeanor, bodily gestures, appearance, and sound are genuinely molded by the legendary soul artist of the 50’s and 60’s…and whose music is even of the same caliber of his influences…” EARMILK

“In a few short years Bridges has become a veteran modern practitioner of the genre’s conventions and constraints.” AMERICAN SONGWRITER

“We can’t escape the promise of greatness that we hear in his timeless songs” GORILLA V. BEAR

“It’s proof that there’s a difference between sounding old and sounding timeless. Leon’s music may sound like
the ‘50s, but that doesn’t make it feel any less powerful today.” PIGEONS AND PLANES

COMING HOME, the anticipated debut album from breakout Fort Worth, TX based R&B artist and singer/songwriter Leon Bridges, is now available for pre-order.

Click here to pre-order the album now on ITunes, JB Hi-Fi and Sanity.

An artist with a strong visual and aesthetic element to his work, Leon debuted the simple yet elegant music video for “Better Man” on VEVO. Directed by Vern Moen, the black and white video features Leon and his full seven-piece band dressed to the nines, performing the upbeat track. View video online here.

The album pre-order announcement and the release of the “Better Man” video comes on the heels of what can only be described as a pivotal month for Bridges. After making his successful festival debut at SXSW, he was awarded the prestigious 2015 Grulke Prize for Developing US Act. Immediately following that announcement, Bridges premiered his track “River” in the new Beats commercial, which aired in the US, on ESPN surrounding the NFL Draft. Watch commercial here.

Leon then made his red carpet debut at the vaunted 2015 Costume Institute Benefit at the Metropolitan Museum of Art. Leon attended the exclusive gala as a guest of Vogue Magazine, with the New York Times noting that Bridges was “…looking sharp as we expected”.

Bridges, a trained choreographer and dancer, is celebrated for his strong live presence. Fans have shown up in droves for his headline concerts; his New York City show at Mercury Lounge sold out in exactly one minute, followed by another sold-out show at Troubadour in Los Angeles. Leon will return to New York City for a Bowery Ballroom show on June 23rd, which sold out in six minutes flat.