BREAKTHROUGH LIFE IN THE UNIVERSE INITIATIVES

Breakthroug Listen Breakthrough Message Stephen Hawking Yuri Milner by Caroline Russo | on July 22, 2015 | 0 comments | in Whats the Buzz | Like it 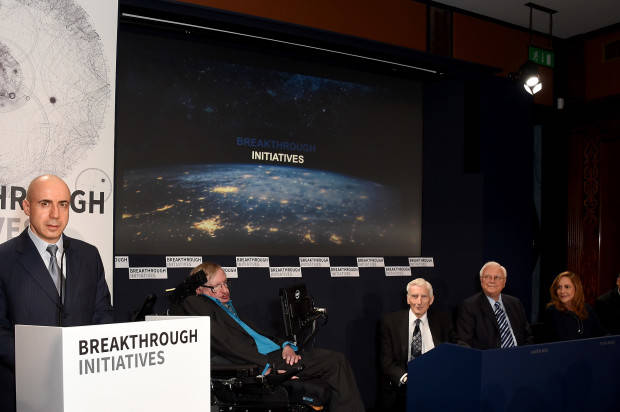 Yuri Milner was joined at The Royal Society today by Stephen Hawking, Martin Rees, Frank Drake, Geoff Marcy, Pete Worden and Ann Druyan to announce the unprecedented $100 million global Breakthrough Initiatives to reinvigorate the search for life in the universe.

The first of two initiatives announced today, Breakthrough Listen, will be the most powerful, comprehensive and intensive scientific search ever undertaken for signs of intelligent life beyond Earth. The second, Breakthrough Message, will fund an international competition to generate messages representing humanity and planet Earth, which might one day be sent to other civilizations. 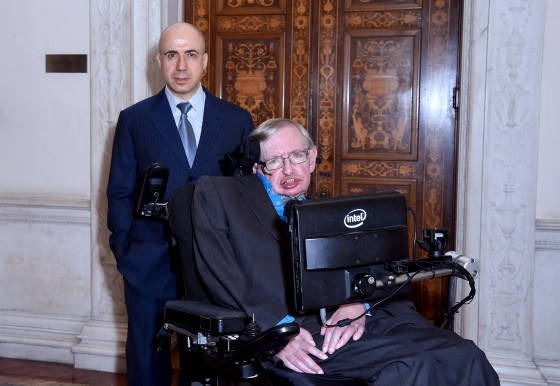 The program will include a survey of the 1,000,000 closest stars to Earth. It will scan the center of our galaxy and the entire galactic plane. Beyond the Milky Way, it will listen for messages from the 100 closest galaxies. The telescopes used are exquisitely sensitive to long-distance signals, even of low or moderate power:

The program will generate vast amounts of data. All data will be open to the public. This will likely constitute the largest amount of scientific data ever made available to the public. The Breakthrough Listen team will use and develop the most powerful software for sifting and searching this flood of data. All software will be open source. Both the software and the hardware used in the Breakthrough Listen project will be compatible with other telescopes around the world, so that they could join the search for intelligent life. As well as using the Breakthrough Listen software, scientists and members of the public will be able to add to it, developing their own applications to analyze the data.

Breakthrough Listen will also be joining and supporting [email protected], University of California, Berkeley’s ground breaking distributed computing platform, with 9 million volunteers around the world donating their spare computing power to search astronomical data for signs of life. Collectively, they constitute one of the largest supercomputers in the world.

– International competition to create digital messages that represent humanity and planet Earth.
– The pool of prizes will total $1,000,000.
– Details on the competition will be announced at a later date.
– This initiative is not a commitment to send messages. It’s a way to learn about the potential languages of interstellar communication and to spur global discussion on the ethical and philosophical issues surrounding communication with intelligent life beyond Earth. 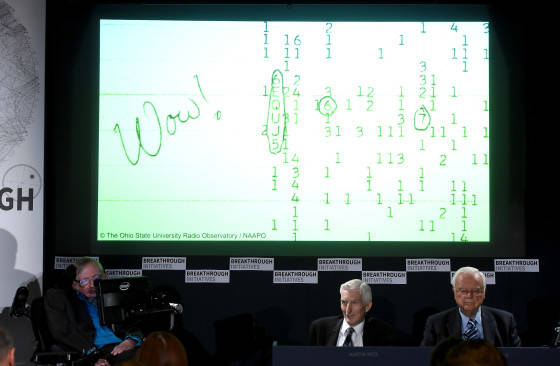 Yuri Milner said: “With Breakthrough Listen, we’re committed to bringing the Silicon Valley approach to the search for intelligent life in the Universe. Our approach to data will be open and taking advantage of the problem-solving power of social networks.”

Stephen Hawking said: “I strongly support the Breakthrough Initiatives and the search for extraterrestrial life.”
Frank Drake said: “Right now there could be messages from the stars flying right through the room, through us all. That still sends a shiver down my spine. The search for intelligent life is a great adventure. And Breakthrough Listen is giving it a huge lift.”

“We’ve learned a lot in the last fifty years about how to look for signals from space. With the Breakthrough Initiatives, the learning curve is likely to bend upward significantly,” added Frank Drake.

Ann Druyan said: “The Breakthrough Message competition is designed to spark the imaginations of millions, and to generate conversation about who we really are in the universe and what it is that we wish to share about the nature of being alive on Earth. Even if we don’t send a single message, the act of conceptualizing one can be transformative. In creating the Voyager Interstellar Message, we strived to attain a cosmic perspective on our planet, our species and our time. It was intended for two distinct kinds of recipients – the putative extraterrestrials of distant worlds in the remote future and our human contemporaries. As we approach the Message’s fortieth anniversary, I am deeply grateful for the chance to collaborate on the Breakthrough Message, for what we might discover together and in the hope that it might inform our outlook and even our conduct on this world.”