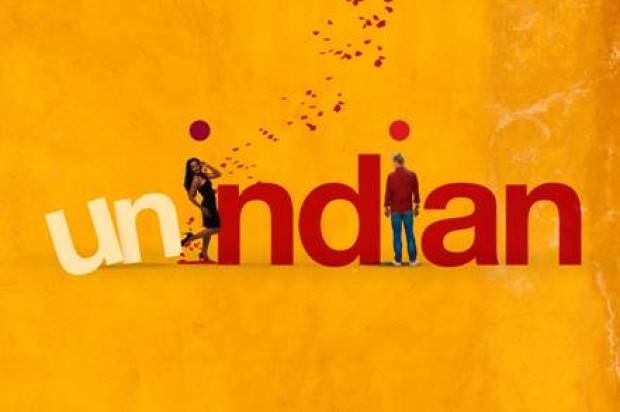 unINDIAN, one of the most anticipated Australian film releases of the year, will open at cinemas across the country on October 15. The stars of the film, Brett Lee and Tannishtha Chatterjee, along with Director Anupam Sharma will attend a special advance at Event Cinemas Garden City on Thursday 8th October. They will also be hosting a special Q & A session after the screening to speak about their cross-cultural comedy that was filmed in Sydney last summer and is the first production of the Australia India Film Fund (AIFF).

unINDIAN is being released in Australia by the highly successful specialist distributor Friends India Entertaainment (FIE), with respected distribution consultant Tait Brady working alongside FIE’s Vvikas Paul on the release. Former Screen Australia executive Kathleen Drumm is consulting to the producers on the international distribution strategy and Tracey Mair’s TM Publicity will manage the Australian publicity and promotions campaign.

“unINDIAN is a hugely entertaining film and we know audiences across Australia are going to fall in love with its wonderful cast of characters, including Brett Lee in his first starring role. It’s set to be a real breakthrough release in this country for a cross-cultural film that speaks to the mainstream Australian audience, and we will be backing it with a huge marketing and publicity campaign that will see the film on more than 80 screens nationally from October 15,” Tait Brady said. 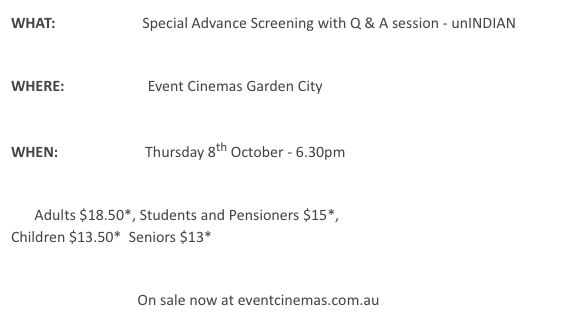 Don’t miss out on this very special event – tickets are on sale now eventcinemas.com.au