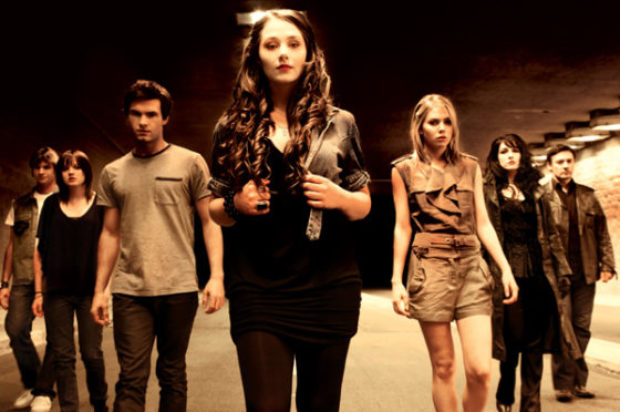 Brian Vaughan’s 2011 short film The Rarity is proving to have the same longevity as that of its vampire characters, as it continues to pick up a slew of awards in film festivals across the world. Nearly nine years after post-production was completed, the short film is still going strong on the festival circuit, with fifteen awards and counting. Brian is baffled by the films’ success, but welcomes it openly. “I’m really surprised, I thought it was a dead duck, nothing would happen. It is surprising people still like it.”

Described as a “cross between Supernatural and Buffy the Vampire Slayer”, many of The Rarity’s awards have come from overseas, with all but three coming from Los Angeles. “I was feeling downhearted one day, and I had nothing else to do so I entered a film freeway in LA. It won the first one and then another one and then another one!” Brian tells Hush Hush Biz. Since its first festival, it has also been screened in Miami in Florida, and is now eyeing off the Cannes Film Festival. While thrilled about its global success, Brian is quick to downplay it, saying “Los Angeles seems to like us”.

The Rarity follows Jillian, a young half-vampire who moves to a quiet Australian suburb with her vampire parents, and soon finds herself in a forbidden romance with the human boy next door. Drawing a large influence from Romeo and Juliet, Brian stated the inspiration for the story came in the form of an email. “A friend of mine from Canada, she’s a writer and she’s written over twenty novels, she sent me an email for a question about the idea of The Rarity, it was a feature film she wanted to do.” Brian admitted that getting funding for feature films in Australia was a tough gig, “so we decided to make it a short film instead”, a decision he has not looked back on.

Shooting took place around Brisbane in 2011, and with principal photography completed within three days. Filming encountered early difficulties as it took place around the time of the Brisbane floods, but Brian stated his biggest struggle actually from casting. “We found the lead actor almost immediately, but the lead actress, it took us almost a year to find her because I couldn’t find anyone suitable enough for the role.” After working with Gilchrist Casting Brian found the perfect lead in Christie-Lee Britten who lives on the Gold Coast.

With such a strong success on the film festival circuit, Brian reveals he plans to take The Rarity to the big screen. “We are working with Karen Brackenridge, a producer in LA, and Jerome Moreka from Wildlands Productions, they’re going to be the LA producers, and we’re planning to turn it into a feature film shot here in Brisbane,” Brian tells us. 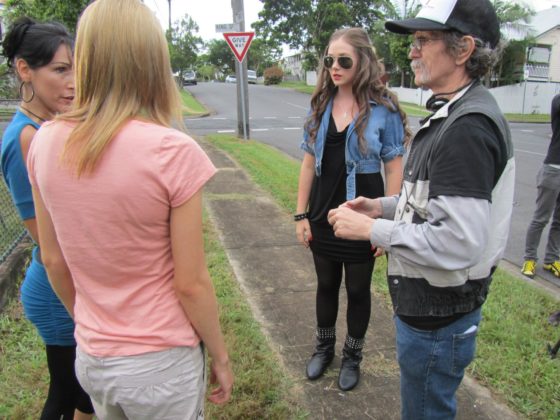 While many film festivals are looking at The Rarity for distribution, Brian would love to see the short film eventually turned into a television series. In the meantime, he has signed on as a co-producer for five productions with Brackenridge and Moreka in the US and hopes to create a trilogy down the track. For the time being though, he is more than happy to bask in the supernatural success of The Rarity, exclaiming, “our vampires don’t sparkle like they do in Twilight!”.