brisbane powerhouse live shows brisbane reviews REVIEWS FOR MELT by Caroline Russo | on May 24, 2018 | 0 comments | in Entertainment | Like it 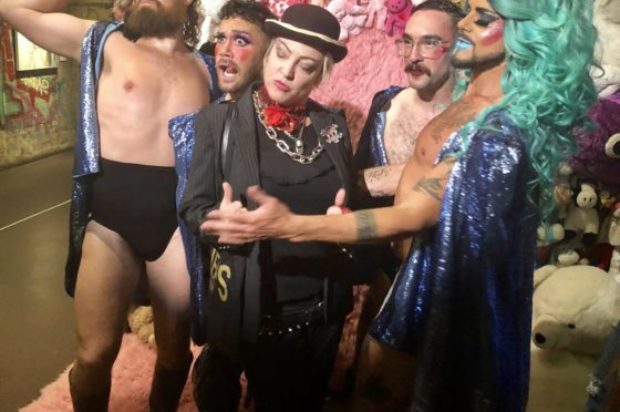 Briefs : Close Encounters part of the Melt Festival is :

If some reason you missed their other two productions you may not know what you’re in for with Briefs:Close Encounters . If your expecting a drag burlesque show with sci fi twist you would only be part way there add circus acts and comedy and your getting closer. The opening upbeat number has the performers scattered in the audience with two oversized pink powder puffs while dressed in shirtless tux tails and trousers ,so the journey begins . The next and my favourite part of the show is a mix of drag with brilliant choreography which hints at the tribal backgrounds of some of the troupe, Fez Fa’anana sports a mega Afro with headdress and killer heels. The costumes share centre stage narrating each part of the story while adding a whole lot of sass to boot. The show is set in the future and is a message of hope and tolerance .In this future manners are a must and instead of aggression glitter balls help solve differences. Topical issues such as plastic bags , diversity and speaking out for those that cannot speak for them selves are brought home not only by the ringmaster but within the performances themselves all delivered with spicy sexiness, humour and tonnes of attitude.Set to a fantastic soundtrack that includes Nicki Minaj , Kate Bush , Black Box and James Reyne.

After touring the world with great success at South Bank in London the boys return to their hometown with friends and family in attendance on opening night giving their return a special relevance to where it all began.

Load of fun and impossible not to clap along and laugh out loud.