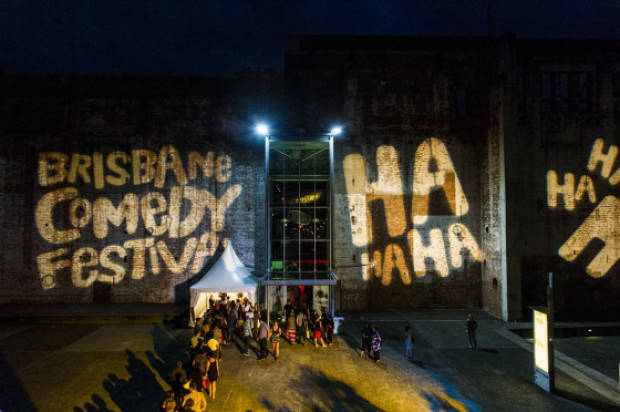 Brisbane Comedy Festival presented by Brisbane Powerhouse has smashed all previous revenue and turnout numbers in 2016 with record-breaking crowds of over 40,000 people attending in its tenth year.

This year Brisbane Comedy Festival (BCF) comprised of over 45 comedians and 238 shows across four weeks in nine different venues; six permanent spaces at Brisbane Powerhouse, a specially erected Big Top, Brisbane City Hall and even a luxury cruise ship in the form a partial imitation of the Titanic located on the Powerhouse Plaza.

Brisbane Powerhouse Artistic Director Kris Stewart said, “Brisbane Comedy Festival is always an incredibly exciting time of year for us at Brisbane Powerhouse. We’re constantly amazed at its ability to grow, Brisbane audiences love a laugh and we’re proud to provide an event of this scale that has people coming back year after year and sells a bunch of tickets for the artists involved.

“We opened the year with the Australian Performing Arts Market, World Theatre Festival, MELT and Brisbane Queer Film Festival. BCF completes our early-year festival season – so it has been a busy start to the year, but also an extremely rewarding one.”

A double bill of variety Gala events kicked the festival off at Brisbane City Hall, setting the tone for the month of laughter to follow including international stalwarts Danny Bhoy, David O’Doherty and Tom Green and Australian household names Wil Anderson, Tom Gleeson and Peter Helliar.

Audiences stepped aboard Titanic: The Movie The Play, got to know their locals in Brisbane Born and Bread and enjoyed free weekly events, Knockoff and Martini Time, rounding out another year of belly-aching laughter and shenanigans.