Brisbane Delighted By The King And I 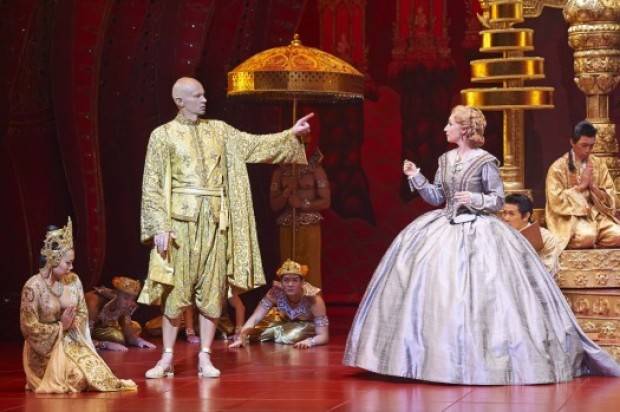 STUNNING STUNNING STUNNING THE KING AND I!
The King and I presented by Opera Australia and John Frost had the national premiere at the Queensland Performing Arts Center (QPAC) on Saturday 19 April 2014 to a sold out and invited guests that gave this production with out a doubt the mark of approval to this 6 million Dollar production. The stage design is gob smacking, and the moment the show begins to the very end you are on the journey with Anna and the King. 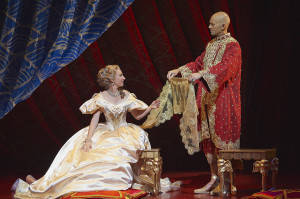 Lisa McCune plays English governess Anna Leonowens opposite internationally acclaimed baritone Teddy Tahu Rhodes as the King and what a perfect match they are in this musical that bring them together for the second time round in the musical theatric arena.
Lisa who not only gives a faultless performance as she always does, but looks just stunning in every gown that she wears in this multi Million dollar production.
Teddy Tahu Rohodes role was one that he should feel proud of as he delivers the best and his presents the main lead role with great stride.

Other roles were of British Diplomat Sir Edward Ramsey and Captain Orton is John Adam (The School For Wives) while The Kralahome is played by Marty Rhone (The King and I – West End, Godspell) and is fantastic.. Lady Thiang played by Chinese-born Australian opera singer Shu-Cheen Yu (The King and I – 1991 Australian tour) and in the roles of the Burmese young lovers Lun Tha and Tuptim are Adrian Li Donni and Jenny Liu.

The Brisbane production also stars 27 Queensland children aged 5 to 13, many making their stage debut in The King and I. 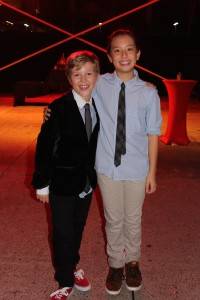 John Frost’s now legendary Australian production premiered at the Adelaide Festival Theatre in 1991. Directed by West End director Christopher Renshaw and starring Hayley Mills as Anna, it played to sell out houses around the country. In 1996, the production went on to win four Tony Awards on Broadway: Best Revival of a Musical, Best Performance by an Actress in a Musical (Donna Murphy), Best Scenic Design (Brian Thomson) and Best Costume Design (Roger Kirk). The Broadway season was followed by a US tour. In 2000, the production opened at the London Palladium with Elaine Paige as Anna where it played for nearly two years before embarking on a UK tour. Christopher Renshaw has returned to Australia to revive the production, with its stunning Thai-inspired set design by Brian Thomson, sumptuous costumes by Roger Kirk, lighting by Nigel Levings, sound design by Michael Waters and musical direction by Peter Casey. Susan Kikuchi has recreated the original Jerome Robbins choreography as well as the choreography of her mother Yuriko who appeared in the 1951 Broadway production and the 1956 film.

The Australian premiere season of the Rodgers and Hammerstein masterpiece, The King and I which will play for strictly limited seven week season in QPAC’s Lyric Theatre until Sunday 1 June 2014.
Final seats are now on sale for the Brisbane season. To book go to www.qpac.com.au or phone 136 246.