A Guide To Dating At The End of The World

Label Distribution is excited to announce that A Guide To Dating At The End Of The World will have its World Premiere Season opening in Brisbane, from Friday August 26.

We had a chat with Samual as to the release to his film which was filmed entirely in Brisbane with an all-Queensland Cast & Crew, A Guide To Dating At The End of The World is Samuel Gay’s directorial debut. He is a graduate of Qld College of Arts and is a massive fan of sci-fi, Samuel wrote the script along with his friend Stewart Klein. He also directed the film which was his passion project for over ten years. 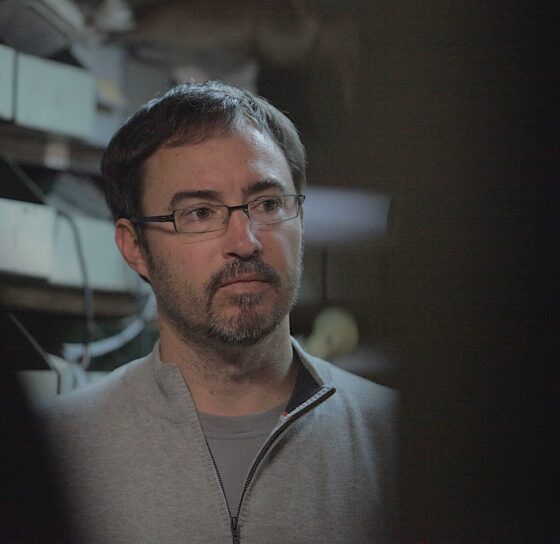 “I’ve always loved post-apocalyptic storylines ever since I read Stephen King’s “The Stand” as a kid. I remember daydreaming a lot about what it would be like if everyone suddenly disappeared. And when we decided to make this film of course there was no question we would shoot it in Brisbane!

A Guide To Dating At The End Of The World tells the story of a single woman who survives the apocalypse only to be reacquainted with her blind date from hell. When Alex meets John on a blind date set up by her friends, she declares that she ‘wouldn’t see him again even if he were the last man on earth!’ The next day Alex wakes to find that a scientific experiment seems to have wiped out the rest of humanity. The streets of Brisbane are deserted; her annoying boss has disappeared and no longer does she have to put up with her friends trying to set her up with losers. Finding that she has the City of Sunshine to herself – at first it’s bliss. no traffic, no queues, no deadlines – though the novelty wears thin after a few weeks of harmless carjacking, home-invasions and tinned food. Until Alex discovers there is someone else alive and it’s John! Neither understands why they are the last two standing but in the idyllic new environment Alex starts to appreciate John’s finer qualities until they meet Wendy and Alex discovers that two is company and three’s a crowd.

Co-Producer and Distributor of the film, Tait Brady says, “Seeing a genuine Brisbane-indie film, and one which is clearly set in Brisbane, is something I wanted to help make happen. Sam and his team worked for years to make and complete the film – it’s been a marathon but a fun ride.”

A Guide To Dating At The End Of The World had its World Premiere at the Vision Splendid Outback Film Festival and has subsequently played at festivals here and overseas, including WorldFest Houston, where lead actors Kerith Atkinson and Tony Brockman were both nominated for Best Actor Awards.
The Queensland season is comprised of 4 live events at Palace Barracks and James St Cinemas from Friday August 26 to Wednesday August 31. Stars of the film Kerith Atkinson (Mako Mermaids, Reef Break, Harrow ),Tony Brockman ( Hobsons Choice: Martin, Blurred), Jacki Mison (Remember My Name, Sea Patrol) and Director Samuel Gay will be attending for special Q&A screenings.

The low-budget Brisbane-made indie feature screens for an exclusive release Aug 26-31 at Palace Cinemas, featuring Q&A’s with the Director and cast.

Tickets are now on sale and can be purchased here