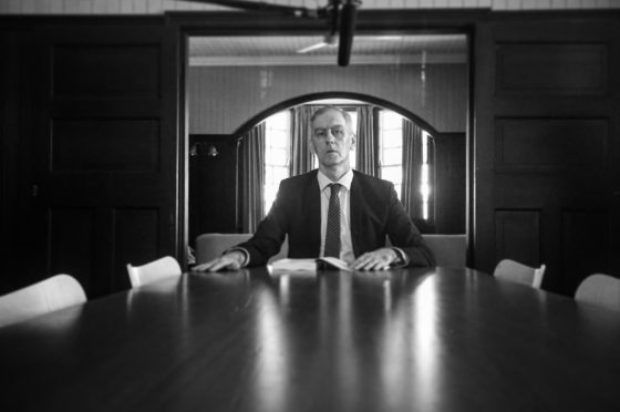 PALME D’OR WINNER THE SQUARE TO OPEN BIFF and
THE GO-BETWEENS: RIGHT HERE TO CLOSE THE FESTIVAL
FULL PROGRAM ANNOUNCED, INCLUDING
FIVE SHOWCASES AND GALAS

The Brisbane International Film Festival returns next month with a program chock-a –block full of 70th Cannes Film Festival favourites and cinematic delights, bookended by the Opening Night gala screening on Thursday August 17 of the wildly entertaining Swedish satire The Square, and the Closing Night gala screening on Sunday September 3 of the home-town favourite The Go-Betweens: Right Now, about the legendary Brisbane band.

The Festival’s opening night film The Square, fresh from taking out the prestigious Palme D’Or at this year’s 70th anniversary Cannes Film Festival, is one of the most darkly, funny new films on the festival circuit. Written and directed by one of cinemas’ contemporary masters, Ruben Östlund, this scathing black comedy – based loosely on some of Östlund’s own chequered experiences with art installations – takes aim at the self-obsessed and decadent art world, with its hunger for publicity and pretensions towards smug altruism.

Beloved by the critics and featuring a talented cast including Danish actor Claes Bang (The Bridge), Elisabeth Moss (Top of the Lake, The Handmaid’s Tale, Mad Men) and Dominic West (The Affair, The Wire), this highly-anticipated film is a must-see: by turns hilarious and horrifying, clever and surreal. 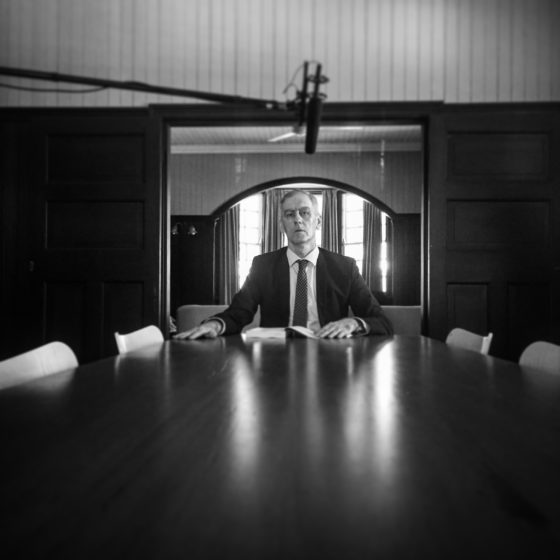 Opening Night will be at Palace Barracks Cinema on Thursday August 17 at 7pm. Tickets to the Opening Night film and party are $45 (or $40 for Palace Movie Club members). Ticket price includes a drink on arrival, and the after-party includes food, drink and entertainment.

The Go-Betweens: Right Now is a feature documentary directed by Kriv Stenders (Red Dog, Australia Day), which explores the melodramatic saga behind the rise and fall of one of the most artistically successful and influential Australian bands of the last 40 years. Former The Go-Betweens band member Lindy Morrison will be at Closing Night.

The Centrepiece Gala, on Saturday August 26, is the masterful Russian film Loveless, winner of the Jury Prize at this year’s 70th Cannes Film Festival, directed by acclaimed Golden Globe Winner and Academy Award® nominated Andrey Zvyagintsev. Zvyagintsev uses a bitterly estranged couple’s desperate hunt for their missing son to frame a damning examination of modern Russia’s politics, oppression, corruption, and the culture’s dearth of empathy that is strangling any hope for a happy marriage.

The Centrepiece will be held at Palace Barracks Cinema, Saturday August 26. 5:30pm for vodka and blinis on arrival, with the film to commence at 6.00pm. Tickets are $30 (Palace Movie Club $26)

Four festival Showcases present and celebrate the best in contemporary world cinema with films from Hungary, Vietnam, France and Iran.

The first of the Festival’s four Showcases, on Saturday August 18, is On Body and Soul (Teströl és lélekröl), directed by Hungary’s Ildiko Enyedi, which won the Golden Bear award for best film at the 67th Berlin International Film Festival, 2017, and recently the Sydney Prize at the Sydney Film festival.

24 Frames is the final film from the celebrated Iranian master filmmaker Abbas Kiarostami, which had its world premiere at this year’s 70th Cannes Film Festival. 24 Frames is just one of the many invaluable legacies of one of the greatest artists of the modern world. The final work of this incredible auteur was made over three years, with a crew of Iranian technicians. It is more than a movie – it’s a haunting art installation and a moving meditation on nature, life and death.

The fourth showcase is the Australian premiere of The Way Station by Vietnamese director and Festival guest Pham Thi Hong Anh. This haunting, seductive and intense drama won Best Film, Best Actor and Best Cinematography at the 2017: Asean International Film Festival and Awards. Hong Anh is highly influenced by Hong Kong director Wong Kar-Wai and is one of Vietnam’s leading actresses. Her sumptuous debut centres around a crumbling, isolated restaurant and the different lives of those who live and work there, all from disparate origins and gathered in this little village by the sea.

There is a strong line-up of Australian talent who will be attending BIFF this year, including the World Premiere of the latest indie film to showcase Australians on the world stage, both in front of and behind the camera. Broken Ghost is a US film helmed by Australian director Richard Gray and penned by Melbourne-based husband-and-wife screenwriting team Abe Pogos and Catherine Hill, who also wrote Gray’s last film, 2014’s Sugar Mountain.

Australia is also represented by Ali’s Wedding, directed by Brisbane-based Jeffrey Walker and winner of the Audience Award Best Feature at the 2017 Sydney Film Festival, Brissie boy Kriv Stender’s Australia Day set in Brisbane and featuring Bryan Brown and Shari Sebbens (The Sapphires), Indie comedy gem That’s Not Me written by Melbourne-filmmaking couple Gregory Erdstein and Alice Foulcher, directed by Erdstein and starring the delightful Foulcher – who studied drama at the Queensland University of Technology – as twin sisters, the aspiring actor Polly and her successful actor sibling Amy; and the World Premiere of the documentary life is a very strange thing, produced and directed by Les McLaren and Annie Stiven.

Another Australian highlight is Namatjira Project, directed by Sera Davis. Filmmaker and cast members will be Festival guests and the Festival will host an original landscape watercolour exhibition by artists including Lenie Namatjira, Gloria Pannka, Mervyn Rubuntja. Namatjira Project is just one of the pillars of a multidisciplinary project backing the great artist’s family in their fight for survival, justice, vindication – and to regain what is rightfully theirs.

Some of Australia’s most celebrated actors will also be seen in the Festival program. Queenslander and Oscar®-winner Geoffrey Rush stars in Stanley Tucci’s Final Portrait, Cate Blanchett turns in an astonishing performance in Manifesto, which started out as a seven-screen gallery exhibition and is now a major feature film, in which she plays 12 utterly different characters; Toni Collette stars in Alethea Jones’ feel-good comedy farce Fun Mom Dinner; and up-and-coming Australian Danielle Macdonald stars in Patti Cake$, one of the buzz films from this year’s Sundance Film Festival and a guaranteed crowd-pleaser.

Families are welcome at BIFF with a screening of the charming and poignant Oscar®-nominated animated feature My Life as a Zucchini officially selected to screen at this year’s 70th Cannes Film Festival. There’s also a program of free family animations on every BIFF weekend.

One of the most compelling, urgent – and beautiful – recent Australian documentaries, Blue, is also a film that Queenslanders will not want to miss. Directed by Karina Holden, Blue is a call to arms to save the world’s oceans. This remarkable film rams home some inconvenient truths and asks us to consider the legacy we will leave for future generations. With a study last month putting a price tag of $56 billion on the Great Barrier Reef – more than double the value of a proposed Central Queensland mega-mine, which some say is the biggest threat to the reef in living memory – this film could not be more poignant nor more timely.

Brisbane-based Tibetan composer and musician Tenzin Choegyal will perform music he composed, alongside the legendary Philip Glass, for the The Last Dalai Lama? ahead of the Australian premiere screening of the film. Filmmaker Mickey Lemle has a friendship with His Holiness the Dalai Lama dating back to before the making of his 1991 documentary Compassion In Exile: The Story of The 14th Dalai Lama. In this remarkably intimate new film, Lemle uses his unprecedented access to weave together archival footage with new interviews with the exiled Buddhist leader, touching on the historic confrontation between Tibet and China; his worldwide political, spiritual, and educational influence; and his feelings on aging, dying and reincarnation.

Delve into the program to find many, many more must-see films and events. And stay tuned for Festival guest announcements!
General admission ticket prices $19.50 and $16.00 Palace Movie Club Members, Concessions and Seniors prices apply and a special discounted seniors ticket ($10) for 10.30am & 1pm Weekdays. Discounts available for multi-film passes and group bookings.

About the Festival
The Brisbane International Film Festival runs from 17 August – 3 September 2017. The festival is co-directed by experienced film curator Richard Sowada and Brisbane’s Maxine Williamson, previously Film Director of the Asia Pacific Screen Awards and the Brisbane Asia Pacific Film Festival. The festival is made possible through the support of Screen Queensland via the Queensland Government and major partner, Palace Cinemas.