brisbane powerhouse rock and roll by Caroline Russo | on January 8, 2014 | 0 comments | in On Centre Stage | Like it 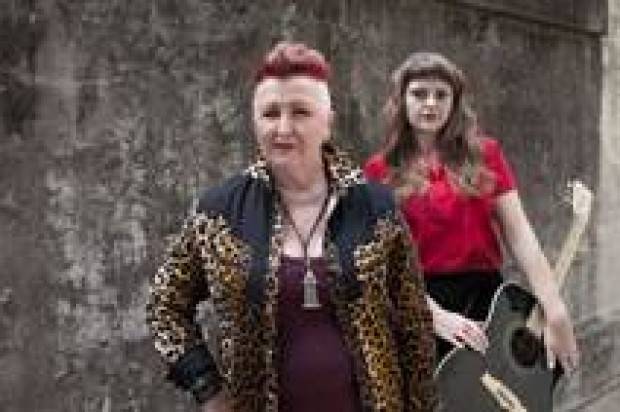 Brisbane’s contemporary music scene is one long tapestry, stretching all the way back to when a couple of kids jumped up at the Tivoli Cinema to jive along to Rock Around The Clock.
The new teens were wild when the likes of Johnny O’Keefe and Bill Hayley came to town and the establishment – newspapers, commentator, police and pollies – were absolutely furious.
The early days were marked by visiting musicians from Johnnie Ray and later The Beatles, and local cover bands, but slowly the city began to find its own voice.
It didn’t all happen in the blink of an eye as emerging bands such as Railway Gin – launched in 1969 – started off playing familiar stuff from overseas.
But – just like Audrey II in Little Shop of Horrors – the movement began to grow as the musicians fed off their own, and each other’s, energy.
Railway Gin was famous – or infamous if you like – for its line-up changes but for a short while, with lead singer Carol Lloyd out front in the 1970s, it was at the top of its game.
The band’s crowning glory was the album and single, A Matter of Time, released during an era when they toured regularly with performers such as Suzie Quatro, Billy Thorpe, Sherbet, Little River Band, Daddy Cool, Stevie Wright, Pink Zoot, Matt Taylor, Renee Geyer and Marcia Hines.
They even toured the US with BB King.
Although Railway Gin paved the way for some of the city’s best known acts such as the Go-Betweens, The Saints and Savage Garden, Lloyd quit in 1976 and the band folded the following year.
In the years since, Lloyd recorded more albums and singles in her own right, and was heard around the world in 28 countries, but now she’s back home as it really is a matter of time.
Lloyd, who was diagnosed with a terminal illness last year, interstitial pulmonary fibrosis, is teaming up with Toowoomba born and now Nashville based singer-songwriter Sue Ray to present, It Takes Two Baby, for one night only at the Brisbane Powerhouse on Saturday (January 11).
The artists, who will perform with Topology’s Christa Powell and John Babbage, will take the audience on a 90-minute musical journey.
The songbook will include Everly Brothers hits – Phil Everly died on January 4 -Elvis’s Love Me Tender, the Righteous Brothers’ You’ve Lost that Lovin’ Feelin, Motown’s Dancing in the Streets as well as songs from their repertoire including Ray’s new album Red Roses.
There will be a nine-piece backing band.
In a recent interview Lloyd said she had only been given a short while to live but she was going to fight until the end.
“It hasn’t got me to the point where I just can’t sing anymore,” she was reported as saying.
“While I can still do it, let’s do it.”
Rock on Ms Lloyd.