Dame Vera Lynn, the British singer and actress who was known as the “forces’ sweetheart,” has died at the age of 103.

A statement from the family confirmed the death on Thursday, saying they were “deeply saddened to announce the passing of one of Britain’s best-loved entertainers.”

Lynn is best known for performing the song We’ll Meet Again, which was made famous during World War II for boosting the morale of British troops and was recently evoked by Queen Elizabeth II to rally the nation in an address on the coronavirus crisis.

Her songs has appeared in countless movie and TV soundtracks, including Hellboy, Stranger Things and The Singing Detective. Lynn also featured in three films in the 1940s, including One Exciting Night and We’ll Meet Again, and presented BBC variety show Vera Lynn Presents in the 1960s.

BBC director general Tony Hall said: “She demonstrated how music and entertainment can bring joy in the most challenging times. Something that will resonate with many people today. The BBC will be showing a special tribute programme tonight.”

UK Prime Minister Boris Johnson said: “Dame Vera Lynn’s charm and magical voice entranced and uplifted our country in some of our darkest hours. Her voice will live on to lift the hearts of generations to come.”

The Queen has paid her respects to Dame Vera Lynn, whose songs helped raise morale in World War Two, following her death on Thursday aged 103. Buckingham Palace revealed that Her Majesty sent a private message of condolence to Dame Vera’s family, while Prince Charles and the Duchess of Cornwall posted a tribute on social media.
There will be a state funeral by the Queen.
Sharing a series of photographs of the late singer with Charles and Camilla, including one of her receiving her honour at Buckingham Palace, they posted on their Clarence House Twitter and Instagram account: “Remembering Dame Vera Lynn.” Elton John and many others have left messages on social media and growing as to one lady that really lived life to the fullest and saw it all. 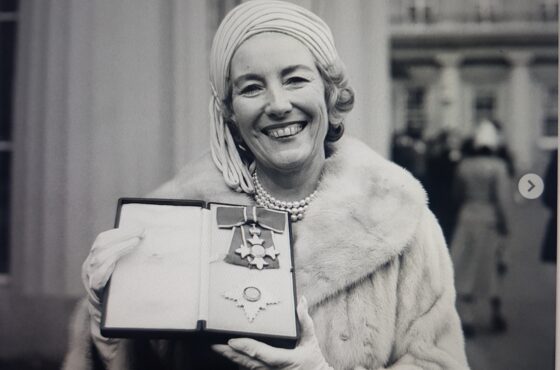