britneyelises countrymusic newrealeasemusic pitstop by Caroline Russo | on November 4, 2019 | 0 comments | in Listings | Like it 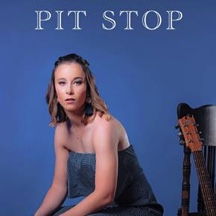 Brittany Elise’s new track Pit Stop is out now along with its video.

‘Pit Stop’ was written about “trust and honesty in a relationship”, says Brittany. “It’s about recognising that even though something was once great, things can change, and you always need to know your self-worth and prioritise it.” The track was recorded and produced with Simon Johnson at Hillbilly Hut Studios on the Central Coast, while the video was produced and directed by The Filmery.
“It was extremely fun working with The Filmery,” says Brittany, “and we bounced off ideas to capture the storyline and theme of being in a car pit stop.” The video was filmed in the beautiful landscapes of Harrisville, Queensland – the perfect place to reflect on a relationship. “Every strong relationship is built on trust and honesty, but once broken it’s hard to let go, especially when you see the person at every turn in your life.
I think it’s important to learn from those experiences and be strong enough to go your own way.”

Brittany Elise has been shortlisted as a finalist for the Patti McKinnon Up and Coming Artist at the ICMA Australian Awards in 2020 and it will be a just reward after finishing up the Something More Tour in January. She’s been on the road since September promoting the album and has also found time this year to play festivals including the Under the Trees Music Festival and Gladstone’s Multicultural Festival, which she headlined. She also supported Tania Kernaghan at Hot Rod’s for the Homeless and was a guest artist on the Women Enough Tour with Melody Moko, Natalie Henry and Lyn Bowtell.
With plenty of shows left in 2019 and early 2020, there’s no pit stop in sight for Brittany Elise.

You can catch her performing songs from Something More, including ‘Pit Stop’, on the following dates: